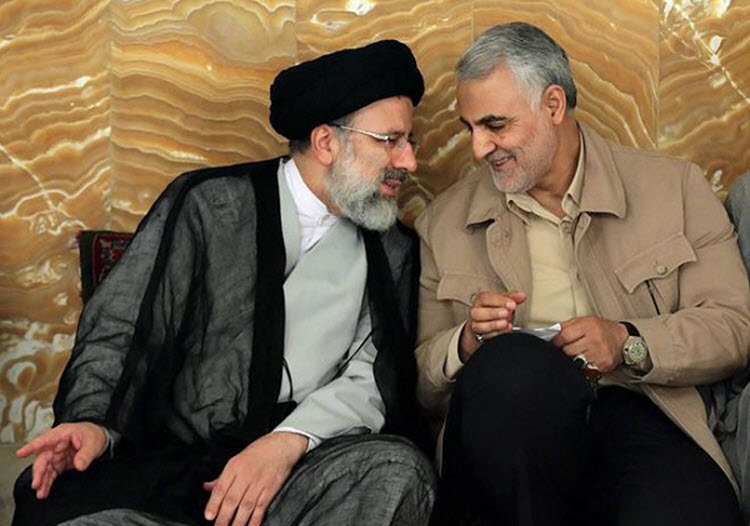 London, 10 Apr – The Iranian Regime has selected a key member of the 1988 Death Commissions, which sent 30,000 political opponents to their deaths, to run as a candidate in their sham Presidential elections.

Ebrahim Raisi is currently the head of the massive Astan Quds Razavi entity which controls a sacred Shiite Muslim shrine, but he uses this foundation to plunder money from the country- money that could be better spent on the people of Iran.

According to the National Council of Resistance of Iran (NCRI), his entry into the presidential race shows that the Regime is effectively in deadlock; confronting crises on every front.

Heshmat Alavi wrote on American Thinker: “[Raisi] has played a major role in the mullahs’ crimes. One can also conclude that this is a prerequisite for any candidate taking part in any so-called election – read: selection – held by the regime in Iran, thus rendering no change at all.”

Indeed, Raisi’s voice was heard on the audio tape released last year, which revealed the true extent of the massacre which mostly targeted supporters of the People’s Mojahedin Organization of Iran (PMOI/MEK).

The fear among many is that, if elected, he will increase crackdowns on political opposition and increase the execution rate.

However, even the Regime’s biggest supporters are questing his selection, given that this will bring more attention to human rights atrocities and give the democratic opposition forces the ability to expose the Regime’s true nature.

Who would vote for him?

Elections in the Iranian Regime are far from free and fair; the candidate backed by the Regime wins.

The Regime doesn’t just want Raisi to be President- they are considering him for the next Supreme Leader; so they’re going all out with their propaganda right now, like giving out free food from the Astan Quds Foundation.

Although considering that the money was already stolen from the Iranian people, one could argue that this is just pretty dire reparations, like a burglar robbing your house and returning the contents of your fridge.

Even if Raisi is not elected, that will leave the Iranian public at the mercy of President Rouhani; a man who has presided over nearly 3,500 executions in the past four years, who has ordered crackdowns on political opposition, who has dragged their military into conflicts in Syria , Iraq, and Yemen rather than defeating ISIS, who has tanked the country’s economy.

And let us not forget, who was also a member of the death committee.