Hassan Rouhani and His Relations With Other Arab Nations 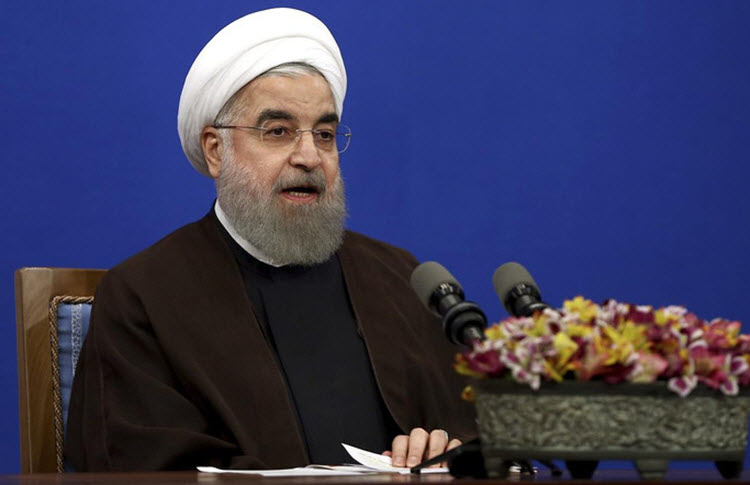 London, 22 May – Hassan Rouhani was the victor of the so-called elections in Iran, last Friday, and will serve a second term as President of the Iranian Regime, but as many Iranian experts have pointed out, this changes nothing about the Regime.

Heshmat Alavi, a human rights activist, wrote an op-ed for Al Arabiya, in which he assessed that following Rouhani’s‘re-election’, the most important issue was ending Iran’s destructive influence on the Middle East.

Iran has spent Rouhani’s first term interfering in other Middle Eastern countries, like Syria, Iraq, Yemen, Lebanon, Bahrain etc. The Iranian Regime’s interference caused a significant spike in civilian casualties and has extended the period of strife there.

Aside from international strife, the Regime has also felt free to suppress its own people without consequence.

Alavi wrote: “Sensing how Obama turned his back on the 2009 uprising in Iran, the mullahs of Tehran came to realise they could exploit the young and inexperienced president to realise much of their objectives in the Middle East. Obama also began distancing from the Arab World and downgrading vital US presence in the fledgeling and highly Iran-influenced state of Iraq, providing a green light to Iran to expand its reach across the region.”

However, hours after Rouhani’s‘re-election’, Donald Trump arrived in Saudi Arabia for his inaugural visit and gave a speech about the dangers of extremism and how he plans to fight it.

Excerpts from the speech include: “Our goal is a coalition of nations who share the aim of stamping out extremism… we can only overcome this evil if the forces of good are united and strong… Terrorism has spread across the world. But the path to peace begins right here, on this ancient soil, in this sacred land… If you choose the path of terror, your life will be empty, your life will be brief, and your soul will be condemned.”

From this, it seems that Trump will fight against the Iranian Regime, their spread of terrorism, and their abuse of their own people.

Trump noted: “The Iranian regime’s longest suffering victims are its own people.”

US Secretary of State, Rex Tillerson, who is working with top Saudi diplomat, Adel al-Jubeir, made clear that if Rouhani wanted to change Iran’s relationship with the world, then he would have to spend his second term dismantling the Regime’s support of terrorism.

However, it seems clear that Rouhani will not be doing this. Shortly after his‘re-election’, Rouhani praised the Iranian terror squad the Revolutionary Guards (IRGC), despite criticising them whilst campaigning.

Alavi concluded: “Rouhani, and the entire regime for that matter, will very soon start to comprehend the stark contrast between the last four years, and the rocky road ahead. Trump’s visit to Riyadh was a sign of the Arab World coming out of Obama’s Dark Ages and most probably uniting in their positions vis-à-vis Tehran…Rest assured Tehran has received the new message. Rouhani, and the post of the presidency in Iran, are nothing but a marionette with strings controlled by the Supreme Leader. There are no moderates in Iran, but the mullahs are pragmatists always seeking their interests.”

Iran says navy can strike well beyond its coast

Reuters: Iran's navy can strike an enemy well beyond...

Iran’s MEK has friends in Congress, but that hasn’t eased problems in Iraq

Miami Herald: The congressional hearing earlier this week was to...