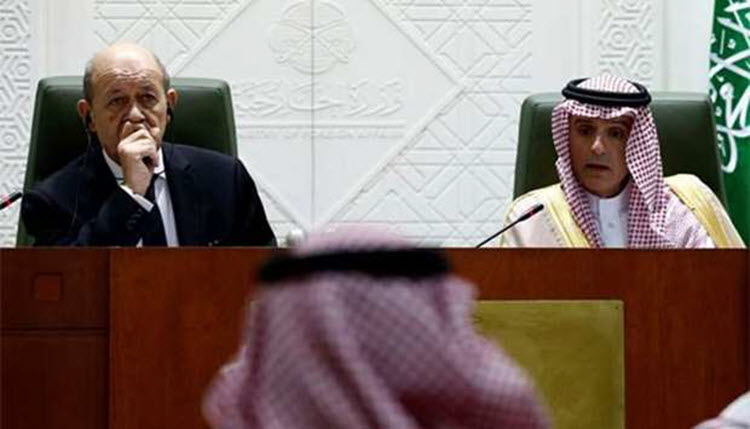 London, 17 Nov – The Saudi Foreign Minister Adel Al Jubeir said that his country’s actions across the Middle East were a reaction to the aggressiveness of the Iranian Regime and warned Iran’s mullahs that “enough is enough”.

Currently the Sunni Kingdom and the Shiite Regime are fighting each other on several fronts across the region, most notably in Yemen and Lebanon.

Al Jubeir said: “Any way you look at it, they (the Iranians) are the ones who are acting in an aggressive manner. We are reacting to that aggression and saying, ‘Enough is enough. We’re not going to let you do this anymore’.”

He reported that Saudi Arabia was consulting its allies about how to tackle the Iranian proxy group Hezbollah in Lebanon, in order to stop the terrorist cell from dominating the country and interfering in the affairs of other nation states at Iran’s behest.

He described Hezbollah as little more than a puppet for the Iranian Revolutionary Guards Corps (IRGC) and said that in order to create a stable Lebanon, Hezbollah must abandon its weapons and run as a political party rather than an Iran terrorist proxy.

After a meeting with the French Foreign Minister, Jean-Yves Le Drian, Jubeir said: “Whenever we see a problem, we see Hezbollah act as an arm or agent of Iran and this has to come to an end.”

Lebanese Prime Minister Sa’ad Hariri, a key Saudi ally, resigned from Riyadh on November 4, citing an Iran-Hezbollah plot to assassinate him as they did to his father in 2005.

He also accused Iran and Hezbollah of causing strife and sowing discord across the Middle East.

In response, Iran’s proxies spread rumours that Hariri was being held against his will and Lebanese President Michel Aoun refused to accept Hariri’s resignation until he returned to Lebanon, although it is worth noting that if his life is in danger there, Hariri would not be keen to return.

These rumours were denounced as “lies” by Jubeir, Hariri, Hariri’s own ministers, and the fact that Hariri has travelled to the UAE since announcing his resignation and will visit Paris in the next two days.

Hariri noted that after France, he will return to Lebanon.

Aoun said: “We hope the crisis is over and the door of solution is opened by Hariri’s acceptance of the invitation to visit France.”

Following a missile attack launched on Riyadh by the Iran-backed Houthis, Saudi Arabia shut the borders to all but humanitarian aid to stop the Iranian Regime from arming the terror cell with more weapons.

He said that the Houthis were blockading civilian areas of the country to prevent aid getting through and making the crisis worse.

He said: “That’s why you have the starvation that’s taking place in Yemen and people need to do a more serious job of holding Houthis accountable for this.”

AP: Iran on Saturday rejected allegations by a dissident...