Iran Portrays Itself as Reasonable, but Why Does It Continue to Falsely Imprison Foreign Nationals? 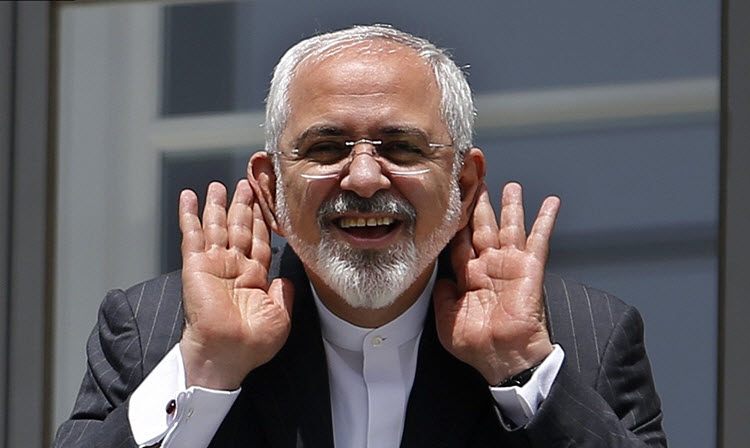 London, 13 Dec – Iranian foreign minister Mohammad Javad Zarif wrote an op-ed for the New York Times earlier this month, arguing that Europe should work with Iran or else.

In it he claimed that Iran was a reasonable and peaceful state- despite much evidence to the contrary- and that if Europe didn’t work with Iran, then it may endanger peace in the Middle East or risk the 2015 nuclear deal.

There are many people who have rebutted Zarif’s claims of the Iranian Government as peaceful, including, ironically, Zarif himself when he threatened Europe over their continued relationship but there are those who know exactly the threat that Iran poses to the citizens of foreign powers who don’t do as the Government wants.

I’m talking about those who have had loved ones kidnapped and held hostage by Iran. Two of those people wrote to the NYT in response to Zarif’s op-ed; Hua Qu, a Beijing wife and mother, and Sarah Levinson Moriarty, an American daughter.

Qu is married to Princeton doctoral student and American citizen Xiyue Wang, who has been convicted of spying in Iran for the US and sentenced to 10 years’ imprisonment.

Wang was doing research- with permission from the Government- into Iran at the turn of the 20th century (i.e. before any of the mullahs were even born and long before the 1979 takeover) but was abruptly taken into custody.

Qu wrote: “Now we live in a Kafkaesque nightmare. It’s like getting a terminal cancer diagnosis: in five minutes, everything changes, and over time, you become unwillingly expert in obscure procedures and tests. I have learned more about Iranian politics than I ever wanted to know, and I read about nuclear negotiations as if my happiness were at stake, because it is. For Xiyue, it’s much worse.”

She explains that Wang is subjected to “calculated cruelty” from the Government, deprived of warm clothing (which makes him constantly cold), a chair to sit on (which aggravates- and possibly caused- his arthritis), and even basic health care (which has caused his teeth to decay). It is not just the authorities that target Wang but also his fellow inmates (including a member of the Taliban).

Qu wrote: “I try to keep his spirits up, but it is hard when neither of us knows how much real hope there is. Once, in a despairing moment, my husband attempted suicide.”

She speaks of Shaofan, the 4-year-old son that she has with Wang who she fears is beginning to forget his father after nearly two years apart.

She criticised Zarif’s portrayal of Iran, explaining that this is not the Iranian Government that she has become accustomed to.

Qu wrote: “I want very much to believe him, but actions speak louder than words… I want to believe that there is no intent to hold our lives hostage because it confers political leverage. Xiyue is just a student, a nobody; only his citizenship made him a valuable target.”

She advises that if Zarif wants others to see Iran as respectable, they should start by freeing the falsely imprisoned, including her husband.

Of course, Wang is not the only foreign or dual national imprisoned in Iran on bogus charges. Some estimates put the number as high as 50, including Nazanin Zaghari-Ratcliffe, the British charity worker accused of trying to overthrow the Government.

Then there is the case of ex-CIA agent Bob Levinson, who has been ‘missing’ in Iran for over a decade now. His family believe that he too has been taken hostage by the Iranian Government.

Levinson Moriarty could not believe that a country that would not even resolve her father’s case would speak of its peaceful nature.

She wrote: “No country should even consider cooperating with Iran until it honours its own promise to cooperate with the United States on Bob Levinson. Talk is cheap. It is time that Iran take its own meaningful first step to peace by finally sending our beloved father home to us.”

Simply, Europe should not work with the Iranian Government. It only emboldens them.

AP: Iran's parliament has rejected a close ally of...