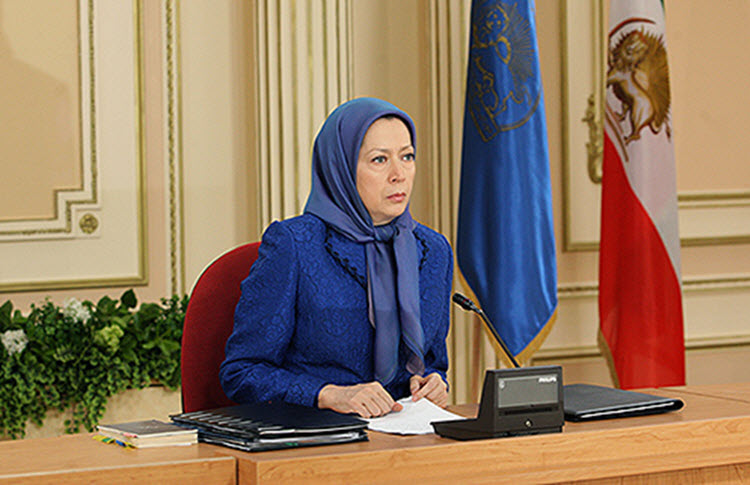 Just a fortnight after the US withdrew from the fatally flawed nuclear deal of 2015, the new Secretary of State Mike Pompeo has recognised the Iranian people’s uprising and called for an international front against the Iranian rulers in his first public message.

Pompeo spoke about the key flaws in the nuclear deal, officially known as the Joint Comprehensive Plan of Action (JCPOA), including the payment of blood money” to Iran and its key members, like IRGC Commander Qassem Soleimani who is banned from leaving Iran by international sanctions.

During his address, Pompeo emphasised the new deal that Donald Trump was looking to broker with the religious dictatorship that would include:

• a halt to nuclear enrichment

• an end to the proliferation of ballistic missiles

• an end to the development of nuclear-capable missile systems

• respect for the sovereignty of Iraq

• the disarming of proxy forces

• withdrawal of all forces under Iranian command from Syria

• an end to the launching of missiles

• an end to the threatening of Iran’s neighbours

• an end supporting terrorist groups in Yemen, Lebanon and Afghanistan

Pompeo then told Iran, widely known as the biggest state sponsor of terrorism in the world, that if they modified their behaviour, the US would be willing to negotiate. However, it is a widely known fact that the Iranian Mullahs are incapable of reform. They haven’t done so in 40 years, so why would now be any different?

This message from Pompeo was welcomed by Maryam Rajavi, the President-elect of the National Council of Resistance of Iran, who described this recognition of the Iranian people’s uprising by such an important politician as a crucial step to achieving a peaceful and democratic Iran.

She said: “Democratic change in Iran is the only solution to the problem in Iran and the crisis in the region. Forming an international front against the religious and terrorist dictatorship in Iran is requisite for the establishment of peace, security and coexistence in the region and world over.”

Rajavi has previously cautioned the Western negotiators of the nuclear deal that it would be essential to the future of the Iran deal and the safety of the world, that independent inspectors be allowed unhindered access in Iran and that Security Council resolutions be fully implemented.

However, this failed to materialise and Rajavi brought this up when the deal was agreed.

She said: “Circumventing the six UN Security Council resolutions and an unsigned agreement, which lacks the requirements of an official international treaty, would neither block the mullahs’ pathways to deception nor their access to a nuclear bomb.”

She also advised that the United Nations should monitor the inflow of cash into Iran to ensure that it was being used to pay workers, fund hospitals, feed the people etc and prevent Iran’s bolstering of its military.

“Otherwise, Khamenei will use these funds to further the regime’s policy of export of terrorism and fundamentalism in Syria, Yemen and Lebanon as well as to fill the coffers of the Islamic Revolutionary Guards Corps. It is the Iranian people’s right to know what they will get out of this agreement, upon which the mullahs’ president claimed their water, bread and environment depended.”

As we have seen, this was not implemented and now it is the world’s responsibility to fix this. In doing so, they should heed Rajavi’s message: “Any agreement that disregards and fails to underscore the Iranian people’s human rights will only embolden the regime in its suppression and executions. Further, it would trample upon the rights of the Iranian people, the Universal Declaration of Human Rights, and the United Nations Charter.”

AFP: The CIA has admitted orchestrating the August 1953...

Fallon didn’t get it

Los Angeles Times: To see why Tuesday's "retirement" of...