What You Should Know About Iranian Resistance Leader Maryam Rajavi 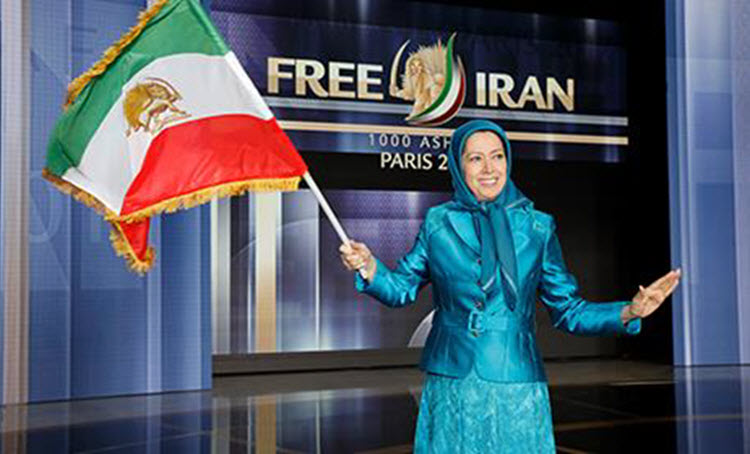 Maryam Rajavi is the leader of the combined Iranian Resistance forces, which fight for freedom and democracy in Iran.

She is president-elect of the National Council of Resistance of Iran (NCRI), a broad coalition of resistance groups, with has the People’s Mojahedin Organization of Iran (PMOI/MEK) as its largest member, which serves as the government in exile for Iran.

Maryam Rajavi first joined the MEK in the early 1970s- not long after its founding- when they were fighting against the brutal regime of the Shah. Her family were also involved in the struggle against the Shah; her brother Mahmoud was also a member of the MEK and was held as a political prisoner during the Shah’s reign, while her sister Narges was tragically murdered by the Shah’s secret police (known as SAVAK) in 1975.

Still, her family fought on to attain freedom for all Iranians.

Shortly after joining the MEK, Maryam Rajavi became an official in its student movement (1973-79) before moving on to its social department (1979-81) following the Iranian Revolution. In 1980, she ran for Parliament in Tehran and received 250,000 votes, but the ruling mullahs banned anyone associated with the MEK from entering Parliament.

The overthrow of the Shah was supposed to yield freedom for Iran, but Ruhollah Khomeini’s faction hijacked the revolution, made him Supreme Leader, and began to suppress the will of the Iranians. So, Maryam Rajavi and the MEK once again began fighting for the freedom of Iran.

Shortly after the mullah’s takeover, they began to persecute dissidents and soon Maryam Rajavi’s sister Massoumeh was arrested. In 1982, the pregnant student was tortured and executed.

Still, Maryam Rajavi refused to crack under the pressure of an unjust Regime. She has since served as Joint-leader of the MEK (1985 to 1989) and Secretary General of the MEK (1989 to 1993) before taking on her current role in the NCRI.

As President-elect of the NCRI, Maryam Rajavi has provided a tremendous challenge to the despotic mullahs and their rule both in terms of policy and ideology. She even has a 10-point plan for a Free Iran which includes a commitment to gender equality, an end to corporal punishment and executions, and a non-nuclear Iran.

During her 25 years as president-elect of the Iranian Resistance, Maryam Rajavi has:

• increased the role of women in the NCRI and now over half the positions in the NCRI are held by women, as opposed to none in the Iranian Regime

• successfully fought to have the MEK removed from terrorism lists in the West, where they were wrongfully put in an attempt to appease the mullah’s regime

• improved global security by having the MEK and NCRI reveal clandestine secrets about the Iranian Regime, like their ongoing nuclear programme and terrorist training camps

• successfully advocated for the safe relocation to Albania for MEK members living in exile in Iraq, where they were still under threat from the Iranian Regime

Iran and Syria must be included for peace-Annan