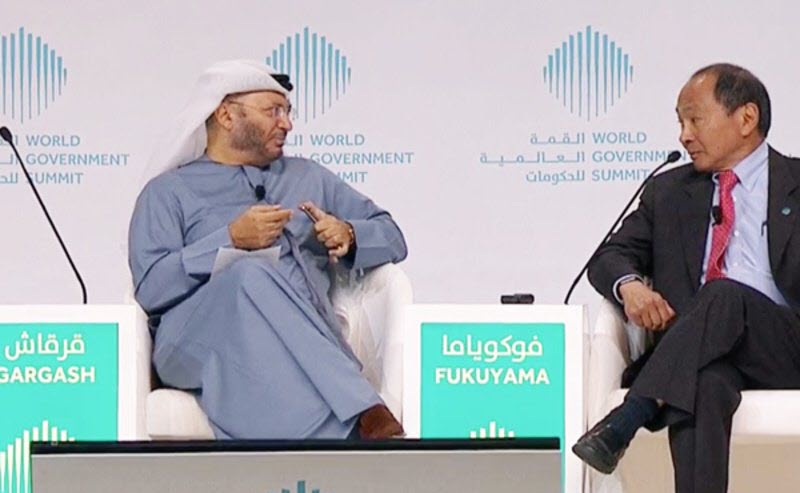 London, 13 Feb – At the World Government Summit in Dubai, the American political scientist who forecast the “end of history,” Francis Fukuyama, said that Iran was heading toward a crisis caused by social tensions between generations within the country. “In Iran there has been a social revolution going on beneath the surface. There is a young population, well-educated women in particular, who do not correspond to the rural, conservative power structure that runs the country. It’s headed toward some kind of explosion and I’m not sure of the outcome, but it is not a stable situation,” he said.

Fukuyama highlighted the challenges facing international governments and policy-makers — from the weakness of international institutions, to the threat of cyber and biological warfare, and the rise of “strongman” leaders in many parts of the world.

He warned that recent disturbances in Iran are due, in part, to climate change factors like drought and water shortage, which often caused violence and cut across all the other risk factors. He said, “A lot of the recent unrest in Iran had environmental causes. Ground water sources were being overused, leading to drought. A lot of violence in the world is due to climate change.”

He also told Anwar Gargash, the UAE minister of foreign affairs, that the Gulf States had shown that it was possible to establish credible economic and political models without the influence of Western liberal democratic institutions. “The Gulf has got the ‘liberal’ part well. It has security and the rule of law and property rights. Maybe the democratic aspect has been shown to be not that necessary,” he said, and added, “The Gulf is showing the rest of the Arab world how to do it. The problem with the Arab world has been not being able to establish stable states. Libya, Iraq, Syria, Yemen are all failed states to some degree or other.” What is interesting, is the influence of Iran in these “failed states”.

Fukuyama said that the US invasion of Iraq in 2003 was the precursor to American disentanglement from the region, and posted out the risk of “big power” confrontation in Syria. He called US dominance from the fall of the Berlin Wall to the global financial crisis “an anomaly”. He said that there has never been a period when one state had so much power, and that the US is not reacting well because it is used to being in charge.

China already has a bigger economy by some measurements, according to Fukuyama, who added that the US was being “displaced” by that country. He said that financial markets were underrating the risk of serious military conflict in Korea. “It could be a replay of the Korean War of the 1950s,” he said.

Fukuyama called populism, anti-globalization and anti-migration sentiment the most serious threat to the global liberal order. He said that this has led to the rise of a class of “strongman” leaders within Western countries, who were undermining their countries institutions. He said that the “old poles” of capitalism versus communism are giving way to “identity politics” — clashes between ethnicities and religions, where compromise was harder to achieve. He said that Islamic terrorism was an example of identity politics.

Doubts about a nuclear deal with Iran as talks near deadline

Source: The Washington Post By Carol Morelo For the...