Iran Unveils New Speedboats; How Long Before They Restart Their Attacks on Us Vessels? 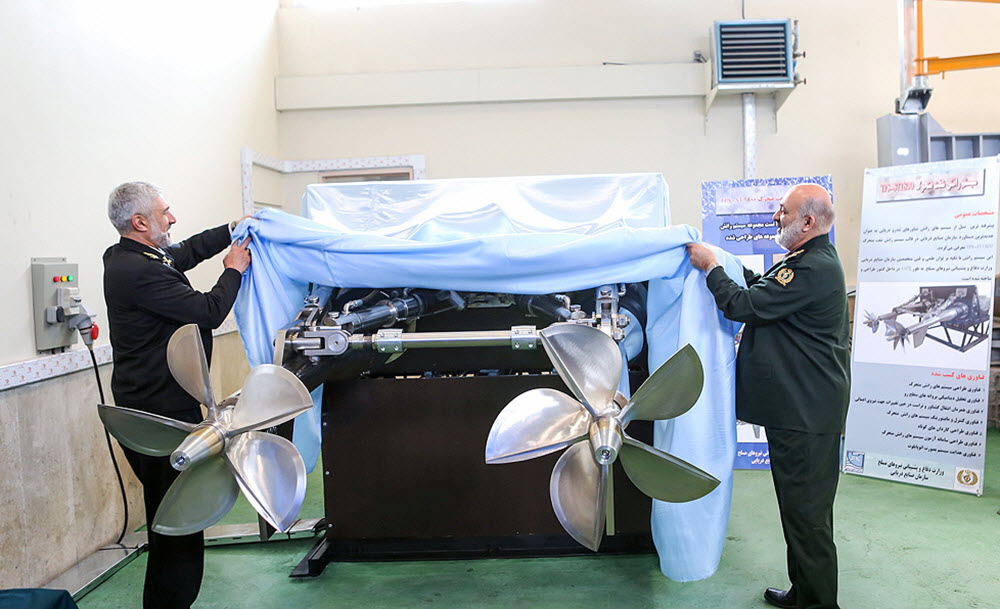 Brigadier General Qassem Taqizadeh, the deputy defence minister, told Tasnim News Agency, which is affiliated with the Revolutionary Guards Corps (IRGC), that the system was incredibly advanced and has a horsepower of 1,800.

He said: “The maritime propulsion system, which allows military speedboats to reach higher velocities, leads to lower fuel consumption, and increases manoeuvrability in shallow waters, is also equipped with automatic running systems.”
The Iranian Regime has spent a lot of money of their military since the 2015 nuclear deal to the ire of the Iranian people, but speedboats have been a special concern for Iran.

The IRGC in particular, used these speedboats to harass US vessels in the Persian Gulf throughout 2017. For example, in March, the USNS Invincible and three British vessels were forced to change course in the Strait of Hormuz when two Iranian speedboats came within 550 meters of them.

The US has routinely criticised these provocations, warning that it could lead to dangerous confrontations.

Still, Iran would not listen and in May, the chief of staff of the Iranian Armed Forces, Major General Mohammad Hossein Bagheri, hinted that the speedboats would be operated by “martyrdom-seeking combatants” prepared to die in escalation between the US and Iran, during a speedboat conference.

Bagheri said: “These boats are not just a piece of equipment; they are a culture. The combatant that mans it is inspired by faith and trust in God and the martyrdom-seeking spirit of Ashoura [a major religious commemoration of the martyrdom of Prophet Muhammad’s grandson at Karbala]. He shuts his eyes to worldly attractions and steps into jihad [holy war] against the infidel front. He is ready to sacrifice his life.”

These speedboats are apparently essential to the Iranian Regime because most of the threats it receives from the US and its other enemies are sea-based. Bagheri believes that the speedboats will cause Iran’s enemies heavy losses.

This sounds like a peculiar claim given the size and strength of the US Navy, but Ahmad Majidyar believes that this indicates that Iran will use “swarm tactics” against the US by using many high-speed vessels.

In the past several months, incidents of harassment by IRGC speedboats have reduced significantly according to US military officials, but they aren’t sure why. It could be a change in IRGC protocol, it could have been waiting for the development of the new boats, or it could have been the US’s new policy on Iran.

By Jubin Katiraie The coronavirus has dramatically changed the...