Iran’s Involvement and Fuelling of the Syrian Conflict 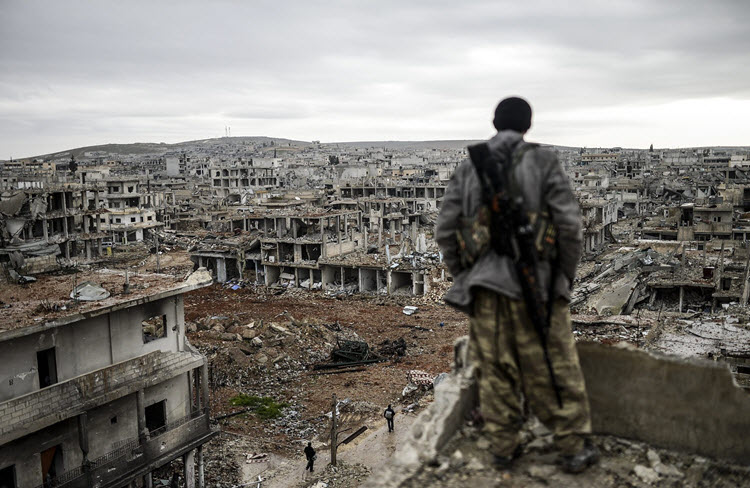 London, 13 Feb – The situation in the Middle East is growing more and more volatile and it is difficult to imagine how events will evolve. In Syria, in particular, there are numerous powers in conflict. The Americans and the Russians, Iran and Israel, and the Lebanese Hezbollah and the Free Syrian army and its allies.

It is likely that a clash between Iran and Israel will come to a head. Turkey refuses to get more involved if it looks like it will be drawn into combat areas.

Recently, a Russian jet was downed by Syrian fighters and a Turkish helicopter was downed by Kurdish fighters over Afrin. Also, a couple of Israeli jets were downed by Iran.

These developments are changing the rules of engagement because Israel shelled Iranian targets, killing several Iranians. Israel had already targeted Iran in a different way by helping ensure that Iran’s militias and proxy groups, including the Lebanese Hezbollah, were sanctioned.

The US also killed scores of Iranian militiamen for attacking Kurdish fighters and it may be that Iran will join forces with Russia to hit Israel. Israel hit back at Iran for putting an Iranian drone in its airspace by shelling the Islamic Revolutionary Guard Corps’ (IRGC) posts. The IRGC retaliated by targeting Israeli jets. Israel responded to this by targeting Iranian posts. US claims that it had no knowledge of Israel’s attacks and Russian claims that it knew nothing about the attack on Israeli jets are doubtful.

Iran has no chance of winning against Israel and its strong military, but it can use its militias and proxies to inflict substantial damage.

Israel was reluctant to get involved in the Syrian conflict, as was Turkey, and they are now dealing with the consequences of holding back. Israel and Turkey let Iran expand across Syria with bases being set up and making the most of Russia and its regional proxies. Turkey and Israel were left with no choice but to get involved when it became clear that stability and security in their countries were at risk.

The situation in Syria is at the point where withdrawing will mean big losses and Iran is gaining more and more power. It is no secret that Tehran wants to take over the country and it is making the most of the weaknesses of Assad’s regime that has a severely depleted military capability.

In recent months, Israel has been deciding how to deal with Iran’s presence in Syria and it has been the topic of discussion for a long time. This has been brought up in its recent meeting with the United States and Russia. Therefore, the statements it made after its jets were downed are deceptive – it was not a surprise move.

What is needed is a political solution that all parties can accept. Reaching this solution will prove challenging, especially because Iran is in a desperate situation, in particular following the recent uprisings and current unrest it faces at home. It knows that it is losing a battle domestically, so the regime may take more drastic measures outside its own borders. Anything to keep its grasp on power.

Court: US must decide terrorist designation