Bolton’s Appointment Will Reduce Risk of War With Iran 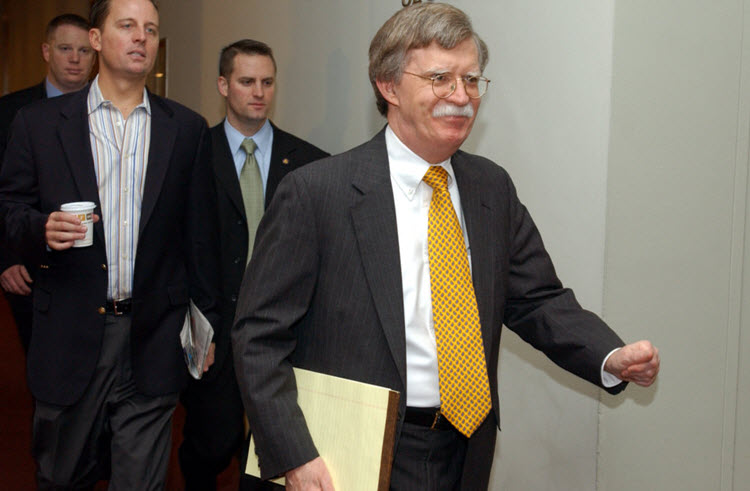 London, 30 Mar – Former US Ambassador to the United Nations John Bolton has just been appointed as the new national security adviser (NSA). Since the announcement was made, Bolton has faced harsh criticism from some. It has been speculated that Bolton wants the United States to go to war with certain nations and he has been labelled a warmonger.

Some of this reaction has been because of Bolton’s support of the Iranian opposition. He has participated in events and conferences over the past few years where he has supported the Iranian Resistance in its quest for regime change.

For those who point out that Bolton is trying to bring the US into a war with Iran, it is important to realise that Iran is at war with the rest already. Iran is sparking and fuelling conflict across the whole region and it is heavily involved in the wars in Syria, Iraq and Yemen. US security interests in the Middle East are compromised.

When President Obama was in office, his policies of appeasement had no positive impact on the Iran’s behaviour and belligerent activities. In fact, it had the opposite effect. Iran became emboldened, safe in the knowledge that the Obama administration would not react or act towards any of its malign activities. It is no wonder that the years of Obama’s time in office were described as the “golden years” for Iran.

When President Trump took office, his harsh rhetoric and his vows to get tough on Iran were taken seriously. Iran was nervous about Trump’s unpredictability and it started to ease up on its provocations. This was a sure sign that Trump’s tough approach compared to Obama’s “turn a blind eye” approach is much more effective.

Therefore, strategic assertiveness is the way forward for the US. Any elements of weakness or incoherence or disagreement within the Trump administration can be exploited by Iran. Appointing Bolton – someone who wants to take a tough approach on Iran – was a move that is strengthening the administration’s approach. This, in turn, will ensure that there is less of a chance of another conflict in the region. Not more likely, like many are suggesting.

Iran is meddling in the affairs of other nations all across the Middle East and it is creating chaos to keep wars going. It is taking advantage of the conflicts to pursue its own goals of regional dominance. It’s plans got more ambitious during Obama’s time in office and the Trump administration is trying to put a stop to it all.

It is time for Iran’s impunity to end. It must face up to the consequences of its actions. Appeasement makes the situation worse. Toughness and harsh rhetoric has already shown some results (for example, there have been less provocations made by Iran to the US Navy). Clearly this is the way to move forward.

Mullahs’ days are numbered. The people of Iran made this clear during their recent protests. The desperate regime will take even more extreme measures if it senses any weakness from the international community.

By Jubin Katiraie On November 5th, the Iranian regime’s...