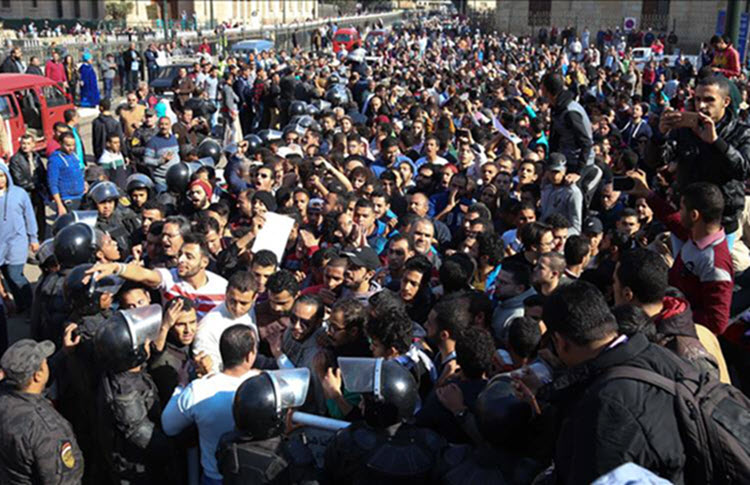 London, 30 Apr – Iran is currently going through a major economic crisis that is affecting the lives of the Iranian people and the country’s trade. The problems are devastating for many and to make matters worse, the problems have been caused by the corrupt leadership that has been in place for decades.

At the end of last year, the people of Iran took to the streets in protest against the worsening economic position they have been put in. They were angry that the Iranian regime is spending billions of dollars abroad on terrorism, extremism, supporting militias and proxy groups, arming fighters abroad, and so on. While all this was being spent abroad, the people at home are getting worse and worse off, struggling to afford the most basic of amenities, and watching the corrupt officials of the regime swan around in luxury with great riches.

The discontent in the country is so widespread that people took to the streets in over a hundred cities and the protests quickly turned into anti-government demonstrations and calls for regime change. The people called for the regime to leave Syria and to concentrate its efforts on the domestic problems that are ruining the lives of the Iranian people.

Iran is a place that has considerable natural resources, but the wealth amassed from this is funding misery abroad. Since the beginning of the Syrian civil war, Iran has been funnelling a huge amount of cash into Syria where it is propping up Syrian dictator Bashar al Assad.

Sanctions are also having an impaction on Iran’s economy. Although sanctions were lifted with the signing of the 2015 Iran nuclear deal, the residual sanctions have made potential investors decide against dealing with Iran. There is also the threat of foreign enterprises being sanctioned themselves for dealing with Iran, so many have erred on the side of caution and avoided contact.

The current situation with the nuclear agreement is also having an impact of the Iranian currency. The uncertainly of the future of the deal has caused the value of the Iranian rial to plummet. US President Donald Trump has warned the signatories of the deal that he will pull the United States out of it if there are not some major changes made to it. If the US does exit the deal, this will signal an inevitable return of the crippling sanctions that had been lifted.

On his recent trip to Saudi Arabia, the US Secretary of State Mike Pompeo mentioned that Trump was still prepared to exit the deal if nothing significant changes. Trump has given a deadline of 12th May for the sunset provisions to be removed, for the inspection process to be tightened and for a general strengthening of the deal.

The US Secretary of State also called on the Gulf nations to show solidarity and move forward together to confront Iran. The United States and the Gulf nations are in agreement that Iran is a major threat in the region and urgent action is required.