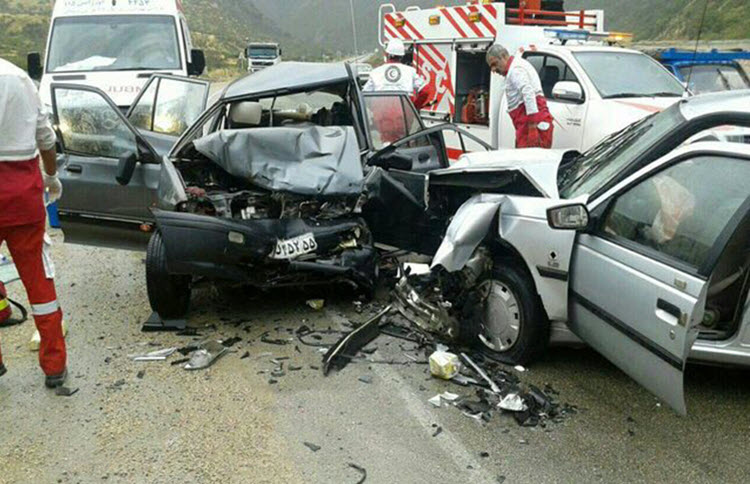 London, 22 May – Iran is the second worst country in the world for traffic related accidents, with road accidents killing 28,000 each year and injuring or disabling over 300,000.

This incredibly high rate means that a huge 8% of the country’s GDP is spent on traffic accidents alone, so why are fatal and other serious road accidents such a problem under the Mullahs?
Let’s find out.

• Iran is ranked 189th out of 190 countries for road accidents

• Every 19 minutes, someone in Iran dies in a traffic accident

• Every two minutes, someone is severely injured or disabled in a traffic accident.

Reasons for the traffic accidents

There are three main reasons for traffic accidents in Iran and they are all related to the Iranian government’s mismanagement and corruption: poor quality roads, low construction budgets, and non-standard vehicles.

When you are driving, you want to know that the road you are using is safe. Unfortunately, a lack of decent roads is the major cause of road traffic accidents in Iran.

Many of the roads are so old that they should be closed down as they are so unsafe to drive on and have not been updated for over 80 years, meaning they are ill-equipped to handle cars, trucks, and other transport that has become more popular since the 1930s.

According to the chief Iranian traffic officer Mohammadhossein Hamidi, “there are 3,400 accident-prone points across the country’s roads, of which 1500 are in a critical state”.

Another thing that is causing the road accidents in Iran is the sale and use of non-standard vehicles, which are of low-quality and are unsafe to drive.

The state-owned auto manufacturers who produce cars in Iran are cutting corners in order to increase their profit, which is dangerous for the Iranian people.

Hamidi notes that it is much safe for the Iranian people to drive older vehicles imported from abroad, rather than new Iranian-made cars.

He said: “Improving safety features of vehicles would reduce at least 40-45 percent of the country’s road accidents.”

The problem of unsafe roads has been compounded by the fact that Iran has slashed funding for the Ministry of Roads in order to fund their suppressive security forces (i.e. the Revolutionary Guards). Minister for Roads and Urban Development Abbas Akhundi said that his department only received 1% of the country’s budget in 2015, and this was reduced by 25% for the 2018 budget.

Therefore, they cannot afford to rebuild their roads, meaning that the problem will continue evermore.