Iran Threatens to Close the Strait of Hormuz, but Will They Follow Through? 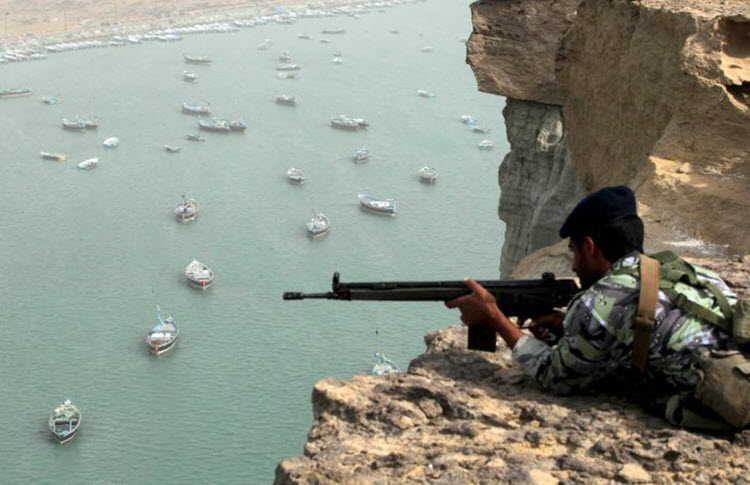 London, 23 July – Iranian President Hassan Rouhani recently threatened to close the Strait of Hormuz in the Gulf and cut off a large section of the world’s oil supply in retaliation for sanctions levied against them by the US.

Rouhani, often wrongly described as a moderate by the US, was praised for these comments by General Qassem Soleimani, commander of Iran’s Revolutionary Guards, who is under sanctions from the US, the EU, and the UN.

Soleimani said: “I kiss your hands for these wise statements, and I am at your service to implement any policy that serves the Islamic Republic.”

Supreme Leader Ali Khamenei has also commented that he approves of Rouhani’s statements and that he supports the closing of the Strait of Hormuz.

Given these statements alone, it seems unlikely that Iran will back down, but that would require ignoring Iran’s current quagmire and history of making threats.

Iran is currently facing many problems across the Middle East, from its humiliating beatings from Israel in Syria to the popular people’s protest. That does not even take into account the problems that Iran would face if it closed the Strait, namely that Europe would pull out of the nuclear deal, as the US has already done, and begin imposing sanctions as well.

Many in the government are calling for Iran to target US interests in retaliation for the sanctions, but this could cause a war that Iran could ill-afford given how stretched its military is and how damaged its economy is.

The pressures will only increase in the coming weeks as more US sanctions come into place on August 4 – targeting Iran’s trade in gold, precious metals, and food – but Iran is unlikely to hit back, as that would be akin to suicide.

However, given the burgeoning revolution inside Iran, the mullahs will no doubt need to export their crises and may well attempt to close the Gulf, but this action will mean the end of the Mullahs.

Abdulrahman al-Rashed, the former General Manager of Al Arabiya News Channel, wrote: “According to my observation of the regime and its behaviour in the region, I think it will likely retreat as per its old tactic until it comprehends the crisis, with the intention to resume exporting chaos after the end of Trump’s presidency or perhaps before then if it seals another nuclear deal. This does not mean we should not be cautious of the wounded, humiliated lion in Syria after the cancellation of the nuclear deal, which it viewed as the epitome of its victories.”

Since 2004, after the failed coup against the Iranian...