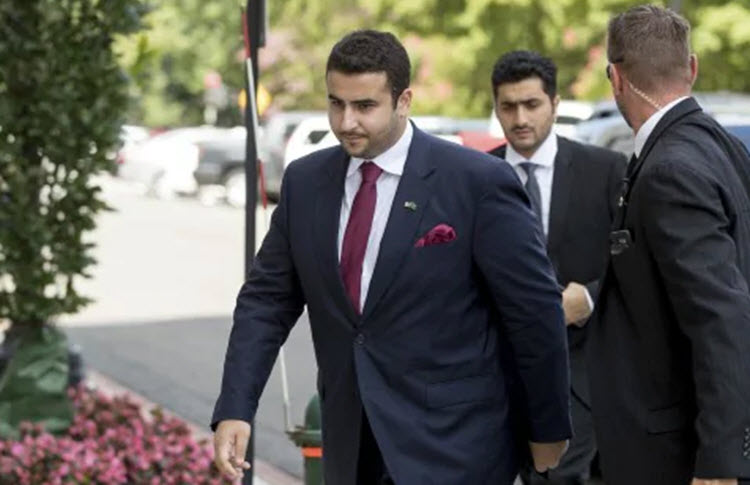 London, 23 July – The Saudi Ambassador to the United States tweeted this weekend about the special relationship between Al Qaida and Iran, writing that the rogue state had been working with the terrorist group all along to target both the US and Saudi Arabia.

Prince Khalid Bin Salman began his Twitter thread by affirming that Saudi Arabia was firmly against terrorism in all its forms, before he began to describe terror cells, like Daesh and Al Qaida, and Iran as just two sides of the same coin. He noted that Iran was widely cited as the leading state sponsor of terrorism and that the mullahs frequently directed terrorist attacks in the Middle East and across the globe.

He then began to document the history of Iran’s relationship with Al Qaida, which began in the early 1990s, when Iran-backed Hezbollah’s Imad Mughniyah met with Osama Bin Laden in Sudan in order to plot attacks against the US and Saudi Arabia.

He advised that the first example of this relationship actually resulting in an attack was the 1996 bombing of the Khobar Towers in Saudi Arabia, which killed 19 Americans, by Ahmad Al Mughassil, who was trained by the Iranian Revolutionary Guards Corps (IRGC). The IRGC is Iran’s military forces responsible for organising foreign militias and agents.

Mughassil was sheltered in Iran until 2015, when he travelled on to Lebanon on an Iranian passport and was arrested and imprisoned by Saudi Arabia.

Prince Khalid then explained that the 1988 US embassy explosions in Nairobi and Dar es Salaam were also directed by Iran, as cited by a US Federal Judge who declared that Al Qaida didn’t have the technical expertise to carry out the attack and would have needed Iran’s help.

He backed this up with evidence uncovered by the US in 2011 (and declassified in 2017) in a raid on Bin Laden’s hideout in Pakistan, citing a document in Bin Laden’s handwriting. 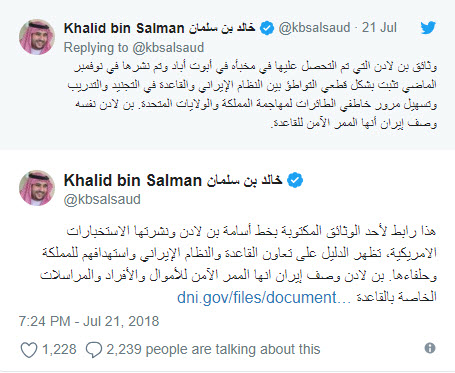 Prince Khalid wrote: “This proves decisively the complicity between Iran and Al Qaida in recruiting and training and facilitating the passage of hijackers to attack the Kingdom and the United States. Bin Laden himself described Iran as the safe passage for Al Qaida.”

He then began to explain how after 9/11, many Al Qaida leaders were hidden in Iran by the mullahs, where they planned the 2003 Riyadh bombings with help from the IRGC.

Prince Khalid explained that Iran’s support for terrorism was not limited to Al Qaida and highlighted that they were involved in many terror plots all over the world, the latest being the attempted attack on the Iranian Resistance’s Free Iran rally in Paris on June 30.

By Mehdi On 16th February, Der Spiegel published an...