Rouhani’s UN Comments Met With Scorn From US 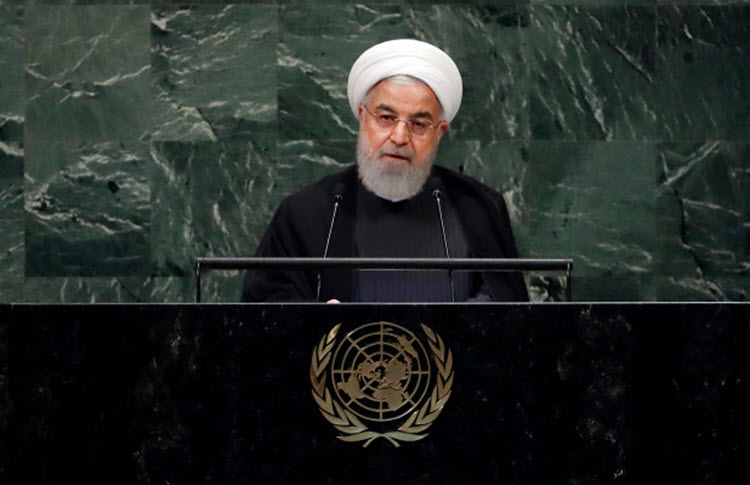 London, 26 Sep – Iranian President Hassan Rouhani predictably accused the United States of breaking the law and trying to overthrow his government during his speech at the United Nations General Assembly on Tuesday, before rejecting bilateral talks and insulting Donald Trump, even if he was too scared to name him.

While Rouhani was still mid-speech, US National Security Adviser John Bolton issued remarks that doubled down on Trump’s decision to pull out of the nuclear deal, which Bolton called “the worst diplomatic debacle in American history”, and dismissed any entreaties from Tehran.

In remarks prepared for a New York meeting to oppose Iran’s nuclear ambitions, he said: “According to the mullahs in Tehran, we are ‘the Great Satan,’ lord of the underworld, master of the raging inferno. So, I might imagine they would take me seriously when I assure them today: If you cross us, our allies, or our partners; if you harm our citizens; if you continue to lie, cheat, and deceive, yes, there will indeed be HELL to PAY.”

Also at the UN, Trump denounced Iran’s “corrupt dictatorship”, noting that its leaders “sow chaos, death and destruction” and “spread mayhem across the Middle East and far beyond”. He advised that he would step up sanctions even more in order to get Iran to negotiate over its nuclear program.

Rouhani also accused Trump of pressuring or bullying other countries to comply with the sanctions, forgetting that many countries need no encouragement whatsoever and support the sanctions entirely.

Also at the UNGA, foreign ministers from the five remaining signatories to the nuclear deal — Britain, France, Germany, Russia and China — agreed to meet with Iran’s foreign minister on Monday to establish a European financial facility to handle payments for Iranian imports and exports including oil. Iran advocated for this as a counter to US sanctions.

US Secretary of State Mike Pompeo had harsh words for countries that attempt to subvert US sanctions, telling a gathering opposed to Iran that “this is one of the most counterproductive measures imaginable for regional and global peace and security”.

The Trump administration reinstated sanctions on Iran after leaving the 2015 nuclear deal, accusing Iran of violating the deal by promoting international terrorism and launching ballistic missiles. They want Iran to come back to the table to negotiate a new nuclear deal, which is why they’re leveraging sanctions.

Of course, the behaviour from Iran should indicate that they won’t change. Trump would be better off supporting the peaceful Iranian Resistance.