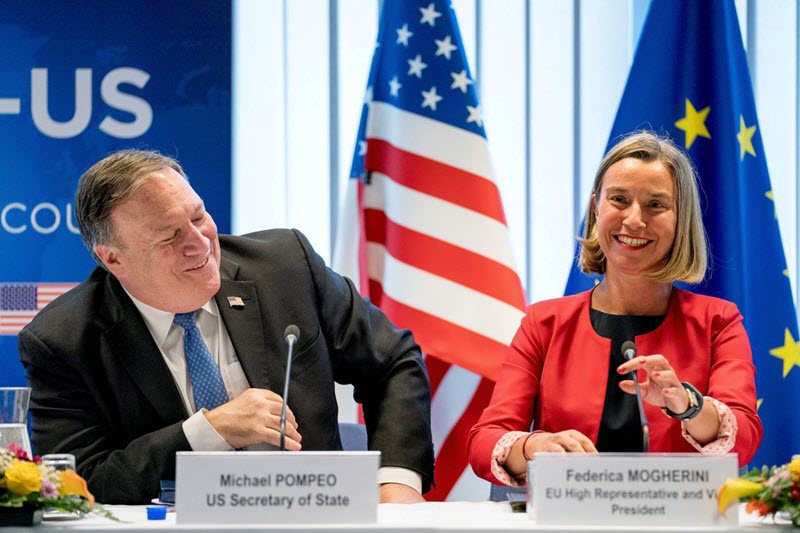 He said: “As far as the special purpose vehicle is concerned: it will be registered, it has not yet been registered, but I would say that the implementation of our plan is imminent.”

The SPV is “a suitable instrument for international payments”, which would circumvent US sanctions on Iran by doing transactions in Euros rather than US dollars for “business not sanctioned by the US”, i.e. oil imports for countries with sanctions waivers or humanitarian goods like food and medicine. Maas said that while Britain, Germany and France are the driving forces behind the SPV, other EU member states have become involved in the setup.

This, Europe believes, will help to keep Iran committed to the 2015 nuclear deal that the US pulled out of last year before reimposing sanctions on Iran. The US has threatened stiff penalties for any country that breaks the sanctions and many experts agree that the SPV would violate the sanctions.

The US has deemed the SPV an attempt to evade its “maximum pressure” campaign against Iran, designed to bring the mullahs back to the negotiating table for a fairer deal than the “horrible, one-sided deal” that Trump pulled out of in May.

Despite Maas’ comments, EU ambassadors did not announce the SPV’s completion when they discussed Iran on Monday and EU foreign ministers are expected to discuss the SPV on Thursday and Friday when they meet in Romania.

For weeks now, senior EU officials have been deliberately coy about the details of the financing mechanism, despite claiming that it would be up and running soon, due to fears that that US will target the country where the SPV is based and any others taking part.

The EU has already introduced measures to prevent European companies from obeying US sanctions without permission from the EU, including blocking the effect of any US court action in Europe and allowing European firms to recover damages arising from the sanctions from the US.

Europe considers the nuclear deal vital to global security, with Maas saying the last thing they want is for Iran to renege on the deal and start enriching uranium again. This is something that Iran’s nuclear chief Ali Akbar Salehi threatened last week if the nuclear deal fails.

However, Iran has lied about their nuclear programme on dozens of occasions, including continuing to work on the programme in secret after the deal was signed, so why should Europe trust them now? Indeed, Europe should pull out of the deal and join the US to put pressure on Iran.