Iran Must Be Held Fully Accountable 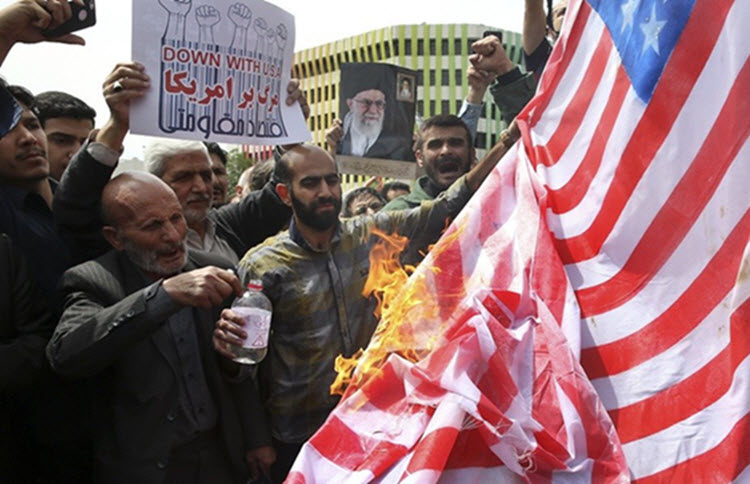 Tensions between Iran and the United States have escalated in recent weeks. Now, U.S. regional ally Saudi Arabia is being dragged into the middle of it by Iran after the ruling theocracy and its proxies decided to carry out armed drone attacks on Saudi oil-pumping stations.

Iranian officials have made no secret of the fact that they are attempting to subvert the world economy and the attacks on the Saudi oil pumping stations should be taken for the threat to global stability that they are.

Saudi Arabia has been warning the international community about the Iran threat for years, emphasising that Iran presents a threat to the entire world, not just the kingdom and the Middle East.

Trump’s predecessor, former president Barack Obama, took no heed until it was too late. By then, the U.S. Navy had been attacked by the Houthi rebels in Yemen with the support of Iran.

Obama believed that policies of appeasement would lead to Iran becoming more moderate, but it never proved to be accurate. No matter how much the mullahs were appeased (and Obama turned a blind eye to a lot – even his own red lines on matters such as chemical weapons), they just became even bolder in their belligerence.

Since taking office, President Trump has been very clear that he will not allow Iran’s malign influence to spread even further across the region. As time goes on, the action taken by the U.S. President becomes more and more forceful. It started off with rhetoric which was clear, concise and strong. The administration put Iran “on notice”. Then the U.S. pulled out of the Joint Comprehensive Plan of Action (JCPOA), or Iran nuclear deal as it is known, and economic sanctions were re-imposed.

Sanctions have been mounting and are taking effect. However, the Trump administration clearly believes that further action is needed and that is why reinforcements have been sent to the Gulf – to show Iran that the United States will not be surprised by attacks by Iran of any of its proxy groups or militias. There is no stronger message that the U.S. could send to Iran right now, short of engaging in military conflict.

Military conflict is something that Trump maintains he does not want, and indeed it would be suicide for the mullahs to plunge themselves into war with a major power like the United States, especially after irking Saudi Arabia – a strong U.S. ally and regional arch enemy to Iran.

President Trump recently reminded the international community that he ultimately wants to bring Iran back to the negotiation table with regards to the nuclear deal. Trump has been a critical opponent of the deal because it does not address the Iran threat in its entirety.

After the investigation into the drone attacks on the Saudi oil pumping stations, if it is indeed confirmed that Iran played a role, it is essential that the regime is held to account. It has benefited from impunity for far too long and it must face the consequences. Whatever they may be.

US oil service giant vows to ‘pull out of Iran’

New York Times: Three weeks after promising it would...