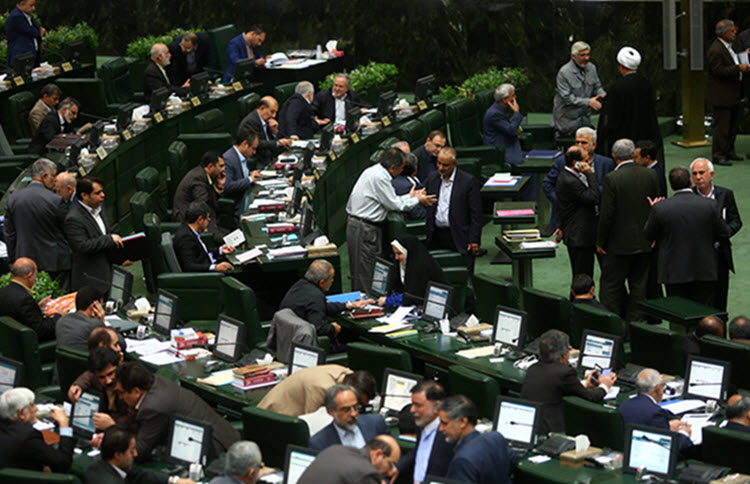 As the public session of the Iranian Majlis (parliament) goes into its second day, many of its members are discussing the economic and political crises that mullahs are facing. They are also acknowledging the explosive mood of the Iranian people, and what that may mean in terms of another popular uprising.

Ali Ebrahimi, a Majlis member from Shazand, central Iran warns that, “If the current path continues and no planning is done to increase the purchasing power of middle- and low-income families, the class gap will further increase and pave the way for dissent and popular protests and even uprisings rooted in the inability to provide for their livelihoods.”

He added, “These days are very crucial and dangerous. They are a historic test for the people and especially the authorities. Any ignorance these days will result in a lost tomorrow for the country and the future generation.”

Ebrahimi is concerned over the Iran’s regional hostilities. “The special situation in the western part of Asia is in such a way that if a mistake is made, all parties will lose. Decreasing tensions in regional and international exchanges are the best measures that will lead to increase security.”

The Majlis member from Neyshabur, northeast Iran, Hajar Chenarani, talked about the dangers that mullahs are facing. “Which country has one of the most devalued currencies in the world? The very same country that has the largest turquoise reserves of the world, second largest gas reserves, fourth largest oil reserves, one-sixth of the world’s gemstone reserves. The same country that ranks second in the world in underground reserves, mines, and various types of metals and minerals.

Chenarani continued, “This is the very same country whose elites escape to foreign countries. All the while, in some of its ministries and organizations, there are the most incompetent managers of the world who do not know how to use all of these assets. This country has one of the most devalued currencies of the world. A country that 40 percent of its population live under the poverty line and are deprived of basics. What a familiar country that is!”

Because Iran is of one of the most autocratic and rich countries in the world, one wonders what the real situation must be for ordinary Iranians, since Majlis members describe the economic situation in such dire terms, and have openly admitted that 40 percent of its population live under the poverty line.

AFP: An Iranian military jet on Monday crashed and...

Obamas nuclear accord seeks to add pressure on Iran