Rouhani Warns, the Tough Days Are yet to Come 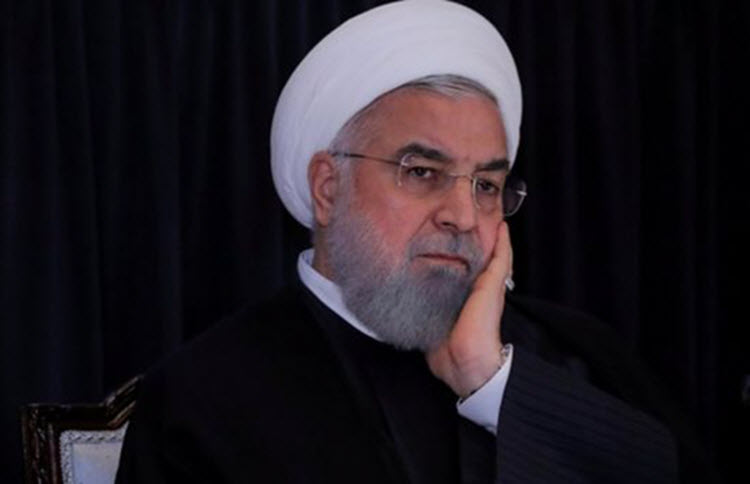 London, 21 May – Iran’s President Hassan Rouhani met on Saturday with a group of officials who are described by state media as “the possessors of culture and art”. Rouhani
warned of the “back bending situation” that will surely follow, if the critical status quo continues as it is.

Rouhani said, “What we are missing today is the social resources. Our social resources have weakened. That is why we have so many problems. Otherwise, the government is the same.” He also acknowledged the weak morale within the administration and repeated defections among government officials.

Supreme Leader Ali Khamenei has also warned about such outcomes.

Portraying a grim future, Rouhani warned that a worse situation was still to come. “We have a tough year ahead of us. A difficult year. Yes! We are under pressure now. We are facing difficult economic circumstances and a difficult road ahead. We have tough days before us, more than what you might think.”

The rival Khamenei faction has been pressuring Rouhani over his endeavors to keep alive the nuclear deal, also known as the Joint Comprehensive Plan of Action (JCPOA). “It was the JCPOA that paved the way to complete the star of the Persian Gulf because this project started before the signing of the nuclear deal. But why was it not inaugurated? If it wasn’t for the JCPOA, the completion of this project would probably take another 10 to 20 years,” he said. Rouhani also claimed that Phase 15 of the South Pars oil and gas field project was launched only because of the JCPOA.

On his Wednesday meeting with heads of government, Khamenei’s comments focused on rejecting any dialogue with the United States, especially with the Trump administration. He called a move such a this, “double poison.”

According to Rouhani, the dialogue is “education” and “art”. Iran’s president insisted that is was necessary and negotiations were needed. This is what the US has been trying to accomplish by re-imposing sanctions – that Iran understands that change and compromise regarding the JCPOA are required.

But, the rift between the factions allied with Khamenei, versus those who follow Rouhani shows how deep the split at the top of the system goes.

Still, there’s a certain amount of obstinacy on Rouhani’s part, as well. “We are ready for a dialogue,” he said, “We welcome a dialogue. However, we do not negotiate with someone who says we pull you to the negotiating table.”

Daily Telegraph: Dozens of Iranian students have been admitted...