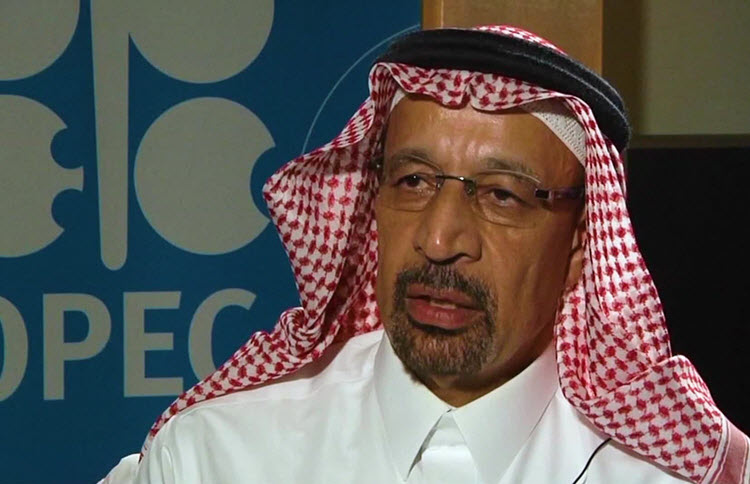 The Saudi oil minister called on the international community on Tuesday to take action against Iran’s threats to global energy security.

He said: “I am concerned though about the security of oil supplies from threats from state and non-state actors that we’ve seen. That’s putting the global energy supply at risk.”

While Saudi Arabia and Iran have been regional enemies for decades, something only exacerbated by their roles in the ongoing Yemeni conflict where they are on opposite sides, tensions are also rising between Iran and Saudi-ally the US.

This has sparked fears of conflict in the Strait of Hormuz, a key shipping lane for global energy supplies, where nearly one-fifth of all oil flows.

Al Falih said: “We are going to do all that is necessary to defend our territory, our assets, our shipping lanes and make sure that the energy security of the world is not taken hostage by any regime.”

He said that there have been hundreds of attempts” to attack Saudi Arabia’s energy infrastructure, most defended against without issue, and said that the world must take collective action to protect vital energy supplies, saying the Saudis “cannot do it alone”.

He then expressed hope that a war with Iran could be avoided because everybody would lose something, though he noted that “the Iranians would [have] the most to lose”.

While oil prices have risen recently, the increase in crude oil prices has been modest, while Al Falih says is a “vote of confidence in Saudi Arabia”.

Meanwhile, the Saudi Foreign Minister Adel Jubeir said that Iran would regret it if they continued to violate the 2015 nuclear deal with world powers after Tehran announced that it had exceeded the stockpile limit of low-enriched uranium on Monday and vowed to increase the purity of enriched uranium to 20%.

He said: “Our position is the same as that of most if not all the countries in the world. The Iranians will pay a price if they continue to enrich beyond what they agreed to. And I think there’s no doubt about that.”

This, he warned, could lead to a nuclear arms race.