Rouhani: Iran Will Enrich Uranium to “Any Amount That We Want” 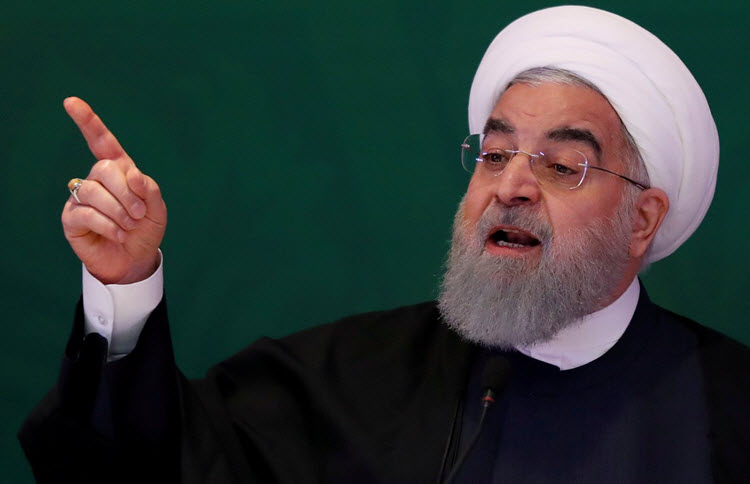 Iranian President Hassan Rouhani has issued a warning to Europe that Tehran will “take the next step” to increase its uranium enrichment to “any amount that we want” this coming Sunday if no moves are made to appease Tehran.

On Wednesday, he said: “Our advice to Europe and the United States is to go back to logic and to the negotiating table. Go back to understanding, to respecting the law and resolutions of the UN Security Council. Under those conditions, all of us can abide by the nuclear deal…. “If you want to express regret and issue a statement, you can do it now.”

He also advised that Iran would be increasing the purity up to 20%, which is much higher than the 3.67% set in the 2015 nuclear deal, and that if the signatories do not fulfil their promises by July 7, then the Arak nuclear reactor will return to its previous activities.

These comments come as Iran is attempting to increase pressure on the European signatories to the nuclear deal to help Tehran evade US sanctions, levied after Donald Trump pulled out of the deal last year, citing Iranian noncompliance.

On Monday, Iran announced and the International Atomic Energy Agency (IAEA) confirmed that Iran had breached the nuclear deal by stockpiling over 300 kilograms of low-enriched uranium. An increased stockpile and higher purity scales back the one-year window Iran would need to produce enough material for a nuclear bomb.

Europe has not responded to Rouhani’s Wednesday threat, but had issued a statement about the stockpile breach, saying they were “extremely concerned” and calling on Iran to “to reverse this step and to refrain from further measures that undermine the nuclear deal”.

The foreign ministers of Germany, France and Britain, as well as the European Union’s High Representative, wrote a statement saying: “Our commitment to the nuclear deal depends on full compliance by Iran. We regret this decision by Iran, which calls into question an essential instrument of nuclear non-proliferation. We urge Iran to reverse this step and to refrain from further measures that undermine the nuclear deal.”

While French President Emmanuel Macron urged Iran on Tuesday to “immediately reverse this overshoot and abstain from any other measure that would undermine its nuclear obligations.”

Tensions have been rising between Iran and the US for a while, recently culminating in Iran shooting down a US drone and the US launching a cyber attack on Iran’s missile systems.

Reacting to Rouhani’s announcement, the Chair of the Foreign Affairs Committee of the National Council of Resistance of Iran (NCRI) Mohammad Mohaddessin said: “The events of recent days and Rouhani’s announcement today show clearly that the mullahs’ regime never abandoned its nuclear weapons projects and it is trying to find an opportunity to pursue it once again. As the Iranian Resistance has repeatedly stated, the regime must not be allowed to carry out any uranium enrichment and its nuclear projects must be entirely dismantled.”