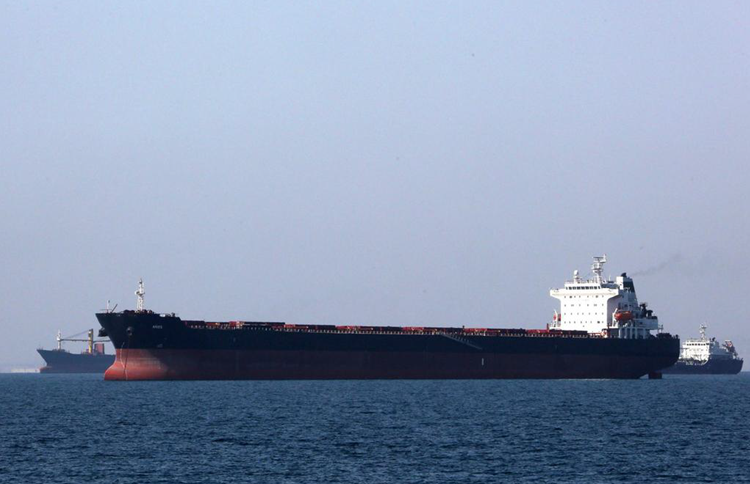 The Iranian authorities criticised the country’s state television on Wednesday for airing a program about ongoing oil sales to China in violation of US sanctions, claiming that the report went “against national interests”.

The Tuesday episode of the “Hello, Good Morning” talk show featured a segment on Iranian-flagged tanker, the Salina, which reportedly transported 1 million barrels of crude oil to China’s Jinzhou port in late June.

The host, who shared what he said were satellite photos of the tanker berthed at the Chinese port, said: “This shows that sanctions are ineffective and Iran’s path to selling its oil is not blocked.”

Last year, the US pulled out of the 2015 nuclear deal, citing Iranian cheating on the deal, and imposed sanctions on the rogue country; specifically targeting its oil sales. This is part of a maximum pressure approach, designed to reduce Iran’s wealth in order to prevent the Regime’s malign actions of supporting terrorists and regional expansionism.

China, one of the countries that remained a party to the nuclear deal, rejected the US sanctions on Iranian oil exports.

The broadcaster was immediately criticised by local media, who described the program as “suspicious”, while officials weighed in on Wednesday.

Oil Minister Bijan Namdar Zanganeh said the show undid what his department had set out to do, which is interesting, considering that he said Iran would skirt US sanctions and keep up oil exports through “unconventional” means
The state-run TV responded in a statement that they only repeated information that was already public knowledge, citing a Financial Times report from last week, and said that if the US was going to track the tanker, they would already be doing so.

They wrote: “[The US does] not need Hello, Good Morning to remind them in Farsi.”

Zanganeh responded that republishing reports by foreign media, especially those in countries that are Iran’s “enemies”, was “inappropriate” and that state television should only report “news on oil export confirmed by the oil ministry”.

This sounds like the desperate response from someone with something to hide, because who would stop journalists from seeking sources. Zanganeh, who is reportedly facing impeachment, has already admitted that Tehran continues to export its crude and although he did not name the country, most nations have already publically stated that they would not buy Iranian oil, with only China coming out against the sanctions.