Iran Threatens Brazil for Refusing to Violate US Sanctions 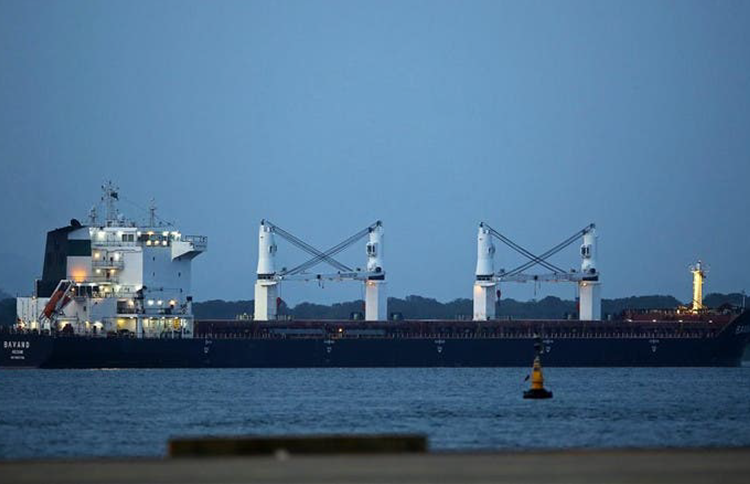 Iran has threatened to cut imports from Brazil if the South American country doesn’t allow the two Iranian ships stranded off its shores to refuel, as the US campaign to isolate Iran gains traction.

Iranian ambassador to Brazil Seyed Ali Saqqayian told local news outlets that Iran might find new countries to supply them with corn, soybeans and meat, following the decision made by Brazilian oil company Petrobras’ not to supply fuel to the Iranian Sapid Shipping vessels, which leaves them stranded in Paranaguá port.

Saqqayian said: “I told the Brazilians that they should solve the issue, not the Iranians. “If it’s not solved, maybe the authorities in Tehran may want to take some decision because this is a free market and other countries are available.”

Iran may have to send fuel to the ships itself, something that would be costly and time-consuming, in order to solve the problem.

The day after Petrobras’ refusal became public, Brazilian President Jair Bolsonaro said he valued his relationship with Donald Trump more than Brazil’s with Iran. (For context, the trade volume between Iran and Brazil was $2.5 billion in 2018.)

Bolsonaro said: “There is this problem, the U.S. unilaterally imposed these sanctions on Iran. Brazilian companies have been informed by us about this situation and are running a risk there. I, particularly, am getting close to Trump, I was received twice by him. It is the No. 1 economy in the world, our second-largest market, and now Brazil has its arms open to do deals and partnerships.”

And Brazil is far from the only country in the region siding with the US over Iran.

Argentina has recently designated Iran-backed Hezbollah as a terrorist group, on the 25th anniversary of the bombing of a Jewish community centre in Buenos Aires by the militants. This is compliant with the US’s stance.

During his visit to Argentina, Secretary of State Mike Pompeo said: “It’s why we came here to work on counterterrorism today, was the purpose of my visit to Argentina: to help the whole region take down the threat of terror from a number of sources, but certainly from Iran.”

He then criticised Iran for supporting the Venezuelan government and President Nicolás Maduro.

Tehran urges new round of talks

Washington Post: As the presidential candidates debate whether to...