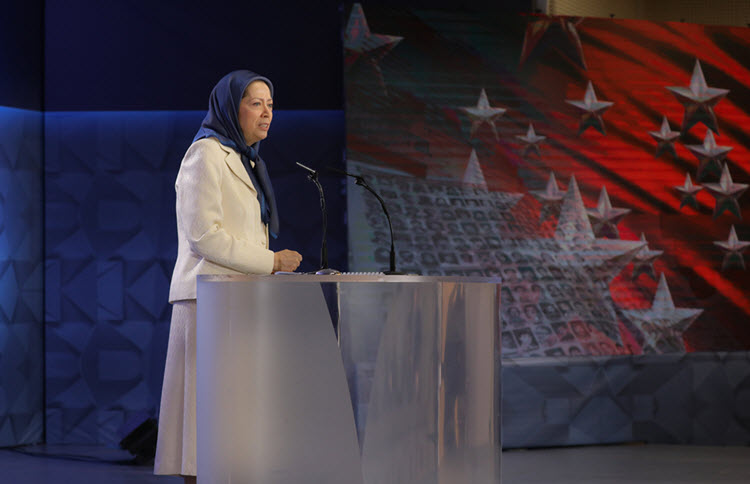 The leader of the Iranian opposition Maryam Rajavi urged the leaders of the G7 the seven biggest economies in the world who met in France over the weekend, to recognise the threat that Iran’s clerical regime poses to global peace and security.

On Sunday, the President-elect of the Iranian Resistance tweeted her call to the G7 leaders in the French city of Biarritz.

She wrote: “On behalf of the Iranian people’s Resistance, I would like to reiterate: the UN Security Council must declare that the clerical regime in Iran is a threat to global peace and security.”

Rajavi then called on “all countries” to sign up to the “international front against the religious fascism” ruling Iran.

She then went on to say that all those responsible for crimes against humanity, like the 1988 massacre of 30,000 political prisoners, must be held to account for their crimes because for far too long the culprits have escaped persecution and have even been elevated to high ranking positions in the government for their despicable service. It’s gotten to such a point that former Justice Minister Mostafa Pour Mohammadi, who served on the Tehran Death Committees during the massacre, can even brag that they feel proud of their role.

Rajavi said: “The dossier of human rights abuses and massacre of political prisoners in Iran must be referred to the UN Security Council and international tribunals.”

She ended her tweet with a call for the world to take the third path on Iran, one that leads to neither appeasement nor war. She said that supporting the Iranian people’s right to resistance, which includes protesting against the mullahs and ultimately overthrowing them, is the only way to tackle the problem that the Iranian authorities pose.

Rajavi said: “The International community, and specifically the European Union, must recognize that resistance is the Iranian people’s right to establish the sovereignty of the people of Iran.”

Indeed, many observers argue the Iranian people overwhelmingly reject the rule of the mullahs and support the democratic opposition.

New York Times: Stymied in its effort to rally...