Over 30,000 Iranians fighting in Iraq 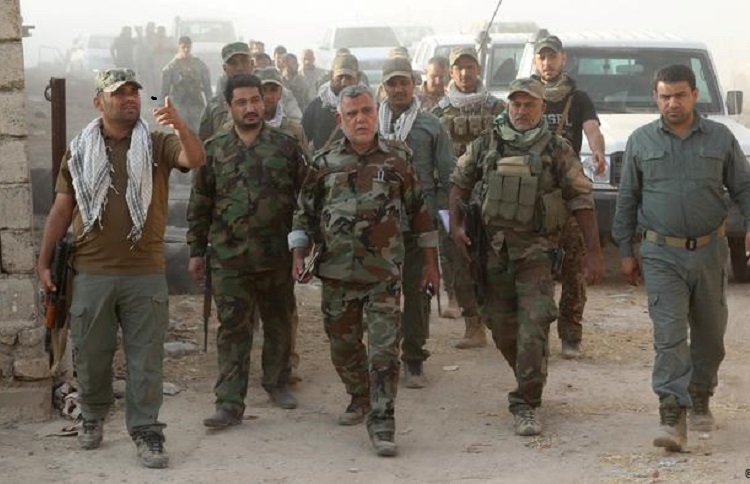 A Kurdish member of the Iraqi parliament claims there is a nearly 30,000 Iranian soldiers and military experts fighting against the Islamic State (ISIS/ISIL) in Iraq. Many of them are disguised as Iraqi Shiite militias. This can be seen as an invasion of Iran, more than just military assistance.

Several senior U.S. military officials and lawmakers have expressed concern about Iran’s growing influence in Iraq and the Middle East. “At least 30,000 soldiers and military experts from the Islamic Republic of Iran are fighting ISIS militants in Iraq,” Shakhawan Abdullah, head of the parliamentary security and defense committee, told Kurdish media service Rudaw, adding the Iranian force is a “threat to Iraq’s sovereignty.”
“Although their presence in Iraq has been known, especially after the Tikrit operation, some of them dress up as Iraqi Shiite militants from the Hashd al-Shaabi militia,” said Abdullah.
Iran has been backing Iraqi Shiite militias and Iraqi forces as they combat ISIS in Iraq and the U.S. has been caught sleeping on the job as assistance has turned into an invasion.
U.S. Gen. Martin Dempsey, the chairman of the Joint Chiefs of Staff, told a Senate panel on March 11 that an Over 30,000 Iranians fighting in Iraq, estimated 20,000 Iran-backed Shiite militias had joined 3,000 Iraqi security troops and 1,000 Sunni tribal fighters in the ongoing campaign to retake Tikrit from ISIS.

Additionally, Gen. Lloyd Austin, the top commander of U.S. military efforts against ISIS in Iraq and Syria, told lawmakers on March 3 that Iran poses the “most significant threat” to the Middle East.

Echoing Gen. Austin, retired Gen. David Petraeus said that Iran represents the “most significant long-term threat” to the Iraq region. “We need to recognize that the #1 long term threat to Iraq’s equilibrium — and the broader regional balance — is not the Islamic State, which I think is on the path to being defeated in Iraq and pushed out of its Iraqi sanctuary,” Gen. Petraeus, who also served as CIA director under President Obama, told The Washington Post. “The most significant long term threat is that posed by the Iranian-backed Shiite militias.”

Gen. Martin Dempsey, the chairman of the Joint Chiefs of Staff, told Senators on March 11 that although Iran fighting against ISIS is something positive Iran’s future designs on the region were of grave concerm. “We are all concerned about what happens after the drums stops beating, ISIL is defeated, and whether the government of Iraq will remain on a path to provide an inclusive government for all of the various groups. We’re very concerned about that.”

Gen. Ray Odierno, the chief of staff of the U.S. Army, while testifying before a House panel on March 17, said, “I have great concern about [the] Shiite militias [in Iraq]. I don’t know who they work for. I’m not sure who they’re loyal to. I’m not sure what they’re trying to accomplish so I have some concerns about their participation [in the fight against ISIS].”

US Warns of Second Iran Oil Tanker Bound for Syria

By Pooya Stone The US has warned that Iran...