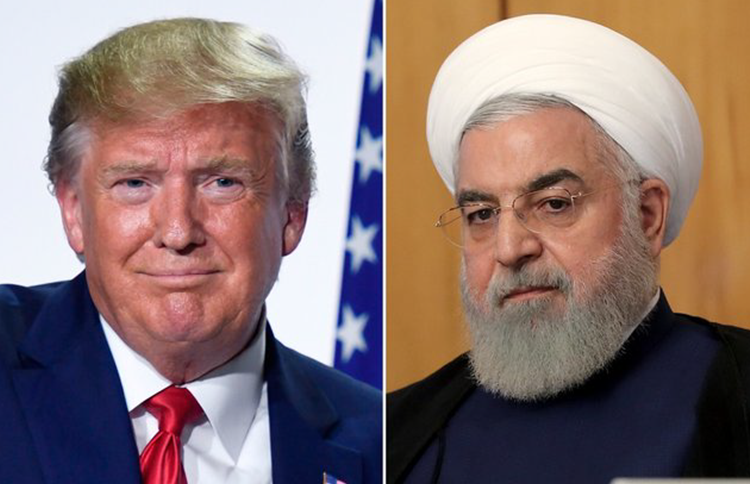 After a year and a half of US sanctions on the Iranian government, there is an argument that Iranian leaders, due to the economic pressure, are ready to talk and step back from their nuclear and missile program. As Brian Hook, U.S. special representative for Iran, said on 22 August: “We are trying to put pressure on Iran that will probably bring Iran back to the negotiating table.” Are we reaching the point where Ali Khamenei, Iran’s supreme leader is ready to give Iranian’s president Rouhani a green light to meet Trump?

But the fact is that the Iranian government is in a deadlock. The government itself calls it “suicide from the fear of death.” What they mean is that if they accept the U.S. demands over their missile projects and regional interference or the total of the U.S. Secretary of State Mike Pompeo’s 12 conditions (Pompeo announced the 12 points in a speech at the Heritage Foundation think tank in Washington, D.C. on May 21, 2018), they are committing suicide earlier from fear of death. over the past four decades, the Iranian government has centralized its policy on domestic repression, regional interference and missile projects. The Islamic Revolutionary Guard Corps (IRGC) was founded mainly because of this policy, as you see, the word “Iran” is not used in its name, even the government itself says that the IRGC is currently operating in Iraq, Syria and Yemen.

But the Supreme Leader, Khamenei, once described the U.S.’s conditions as an “endless decline,” and said: “This decline is not over. After the nuclear issue, now they talk about our missiles program, then, it comes to human rights, then they question the Guardian Council, then they question the role of the supreme leader, and finally the constitution and the rule of Islam.” Clearly if the regime takes one step back in the direction of the “Great Satan”, the acronym the Iranian government uses for the U.S., the regime loses its anti-capitalist legitimacy so it is in fact a political “suicide” that will result in regime’s downfall.

There are few questions that need to be answered: First, why did Zarif, Iran’s foreign minister, go to France to meet the French president Emanuel Macron on the eve of the G7 summit?

Second, why did Rouhani say in a televised speech in Iran on Monday, “If I knew the negotiations [with the U.S] would help develop my country and solve people’s problems, I wouldn’t ever miss the opportunity.”

Third, if Rouhani was serious, why did he immediately back down on Tuesday, saying that the U.S. president should first lift sanctions against Tehran if they want to negotiate?

The conclusion is that the main goal of the government is the “hope therapy” policy! This means Iranian authorities want to extend the life of their regime even by one day, by creating false hope for their forces inside Iran, because they are the first to realize that the government is in a deadlock. The result is, of course, fear and despair within the government.

On August 21, 2019, Khamenei said during a meeting with the highest government officials, “Do not be afraid, and don’t give up. I get reports that enemy is frightened of you.”

So, negotiations with the U.S. is nothing but a mirage. No matter how much time this policy buys for the Iranian government, the fact is that the regime is in a deadlock, and its power is fading by the day.

Church leaders: persecution in Iran has ‘intensified’ under Rouhani