How Iran’s newspapers lose their credibility 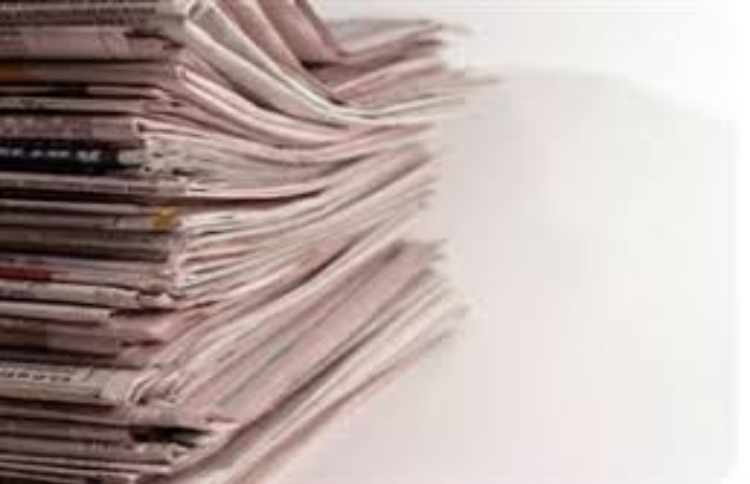 According to UNESCO’s description, the first Iranian newspaper called “Kaqaz” [Paper in Persian] was printed on May 1, 1837.

For many years, the people of Iran have suffered under the rule of dictators. Both monarchic and religious dictatorships targeted freedom of speech and free access to information. Both the Shah and Ayatollahs always intend to control the public opinion by supplying information that is in favor of their rule’s survival. In other words, exploitation and abuse of public opinion is the flip side of the coin of dictators’ suppression and ill-treatment, particularly in Iran. In this regard, given the journalists’ communications with the rulers, journalism has lost its credibility among the Iranian people and never grew as it should.

The Iranian people have not forgotten that since the founder of the Islamic Republic, Rohollah Khomeini, seized power in Iran, he began to suppress fundamental freedoms. He dispatched his thugs to shut down newspapers that expressed opposing views. Khomeini openly ordered to “Crush the pens and cut out the tongues.” Therefore, the new dictatorship began its confrontation against freedom.

Indeed, we can discover the truth by looking at the statistics and circulation of publications under this ruling system. In this regard, there are significant admissions by officials, including the Press Deputy Minister of Culture and Islamic Guidance Mohammad Khodadadi. “The total circulation of the country’s newspapers is under one million copies,” Khodadadi said in a press conference in Ahvaz city on April 22.

In contrast, during 1979-1980, the “Mojahed” newspaper, affiliated to the People’s Mojahedin Organization of Iran PMOI MEK, received hundreds of thousands of readers per day. Insofar as, despite all reactionary repression by Khomeini’s thugs, Mojahed’s circulation exceeded 500,000 copies per day. The number proved the popularity and unprecedented welcome by the various strata of Iran’s society for “Mojahed.” While the circulation of the most famous newspaper of the time, “Keyhan” never reached 24,000 copies.

According to the World Association of Newspapers and News Publishers WAN-IFRA’s findings, “Four billion people around the world read newspapers every day. 59% of the global population follow news either by purchasing print outlets or through mobile applications.” Notably, WAN-IFRA says, “More than half of this number are ready to pay money to access their desired news.”

However, Iran’s situation is absolutely different. On the one hand, we hear, “The print version of outlets is still the most popular media means for the public, and 81% of the audience prefers to read the news in this way. More than half of the people who took part in this poll also explained that… the newspaper was their only source of information,” the state-run news agency ISNA reported on April 23.

On the other hand, “You can buy kilograms of white press paper around Tehran’s central square of fruit and vegetables… You will be shocked when facing a pile of daily newspapers as they seem to be transferred from the printing house to this part of the capital directly. Among them are hundreds of daily copies, even their packaging belt has not been opened.” Etemad website published on November 9.

The reality is the Iranian government abuses the state-run press to compel the people to accept its opinions and methods. Notably, in their media, the Ayatollahs try to demonize those who do not succumb to their ideas, including the prominent opposition group PMOI. However, Iranian officials try to get assistance from international outlets that are willing to line their pockets with windfall money plundered from the Iranian people in exchange for reflecting Tehran’s propaganda.

How to Tackle the #Iranian Regime’s Internet Censorship
The #Iran‘ian Regime has long struggled to restrict access to the internet in order to keep its censorship machine running smoothly.https://t.co/kWxboeSOk4 #IranProtests pic.twitter.com/2clmrCOw5n

On the other hand, the administration outlets try to pretend the country’s conditions are absolutely normal and nip the prospected protests in the bud.

#Iran Regime’s Internet Censorship Debate Grows Harsher
The Attorney General of the Iranian Regime has criticised “out of control cyberspace” in Iran, described popular messaging apps Telegram and Instagram, as “infernal”, and called for restrictions…https://t.co/ELgwsw5eAU pic.twitter.com/zd5CzYENqt

Therefore, Iranians naturally reject the government plan and prefer to use social media, even though most social networks are banned by the state. In this regard, it is worth reminding that despite a government ban on Telegram, at least more than 45 million people are using this forbidden social media based on governmental estimations.

According to information from within the country, gatherings by...

Iran denies officials to be quizzed over Argentina bomb

Reuters: Iran denied on Tuesday it had agreed to...