Is the Geopolitical Oil Danger Increasing with the US-Iran Tensions? 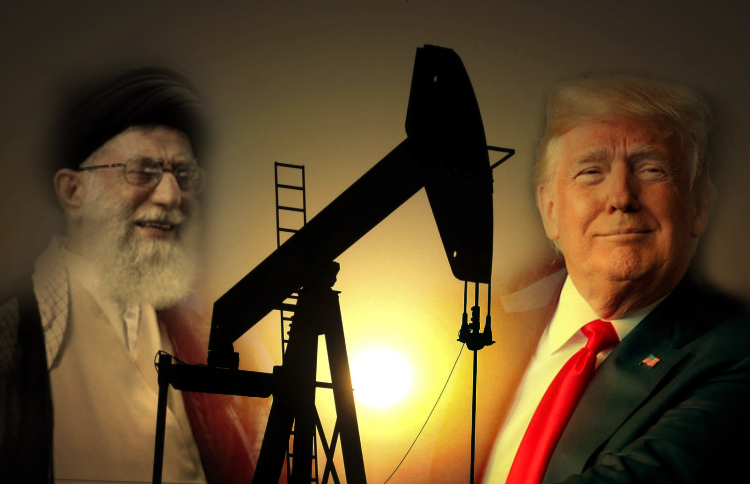 Recent Middle East conflicts between the United States and Iran have had little effect on rising oil prices.

Oil prices rose sharply in the days of the accident (Qassem Soleimani’s death), but quickly returned to the previous prices, the question here is whether the adjustment to oil fluctuations is a result of proper diplomacy or does it show the reduction of geopolitical risks?

The dynamism of oil to making changes is very high. The United States buys less oil from the Persian Gulf countries, while countries such as China are becoming an important buyer in the region.

International shipping lines are now guaranteed by an expanding international coalition so that not only the United States should care and operate. Saudi infrastructure is now less vulnerable to attacks due to the arrival of US military and air defenses to intercept any missile.

Involving Middle Eastern oil is not an important factor in stopping the growth of the United States; it will affect more the countries that Iran is trying to unite.

The United States is less vulnerable than ever to recent Gulf oil disruption, with only 12% of its crude supplied from the region. The advent of shale production in the last decade quickly transformed the United States into near-energy independence. This fundamental transition to the United States allows it to become a net exporter of oil.

Meanwhile, China is heavily dependent on Gulf oil production with more than 40% of its oil imports from the region. Other major Asian economies such as Japan, South Korea, and India are also major consumers of oil in the region. This creates a dynamism for Iran to build strong relations with China.

The strengthening of the alliance between China and Iran was accomplished through recent naval maneuvers. In late December, the Iranian Navy participated in its first joint naval exercises with China and Russia. All three countries benefited from the maneuver: Iran wanted to show that it had regional credentials, while Russia helped reinforce its claim to brokerage in the region, and China demonstrated its global naval force.

Marine exercises were conducted near the Strait of Hormuz. The location is remarkable: more than 20% of the world’s oil is shipped through this narrow gorge, making it one of the most vulnerable choking points in the global oil supply chain.

Gulf security is a global concern

Any material interruption or blockage of the Strait of Hormuz can disrupt global growth. The presence of the US Navy in the region is mainly to ensure freedom of navigation and to prevent any interruption.

During the summer, the United States accused Iran of attacking at least six oil vessels and, more provocatively, detaining a British-flagged oil tanker for two months. The drone attack on Saudi Arabia’s infrastructure was also attributed to Iran in September.

Japan and South Korea are also making progress. While the two countries will work with the IMSC, they will act more independently to keep their efforts focused. Their sensitivity is due to the result of the United States’ withdrawal from the US-Iran nuclear deal.

Saudi Arabia has called for security support after the drone strikes by the Iranian regime last September. The United States strengthened security with fighter squadrons, Patriot missile systems, and high-altitude area defenses. This firepower is an important factor against potential attacks because it not only has the potential to neutralize any damage but is likely to be able to identify the culprit.

It also helped Saudi Arabia reassure investors that its oil reserves are well protected. This was necessary to launch the Aramco IPO. And the result was the increase in the value of Saudi’s government stocks.

Where is Iran going?

In the past, Iran’s threats to close the Strait of Hormuz were seen as an immediate threat to the US economy. But as the United States evolves to energy independence, this issue is no longer on the table.

China, as mentioned earlier, is an important importer of oil and was the manifestation of a joint maneuver for maritime cooperation with Iran and Russia. Oil cuts weaken this relationship. Therefore, Iran is rapidly using less oil as a geopolitical tool.

Expanding Maritime Security Coalition in the Gulf and Enhanced Protection of Infrastructure in Saudi Arabia makes Iran’s attacks less effective. All of this has eroded the geopolitical situation in the Middle East, which has typically led to oil instability. In turn, this should help global growth.

AFP: In a separate report Monday, the Chosun Ilbo...