Protests Continue Across Iran, and Slogans Remain Unchanged After Years 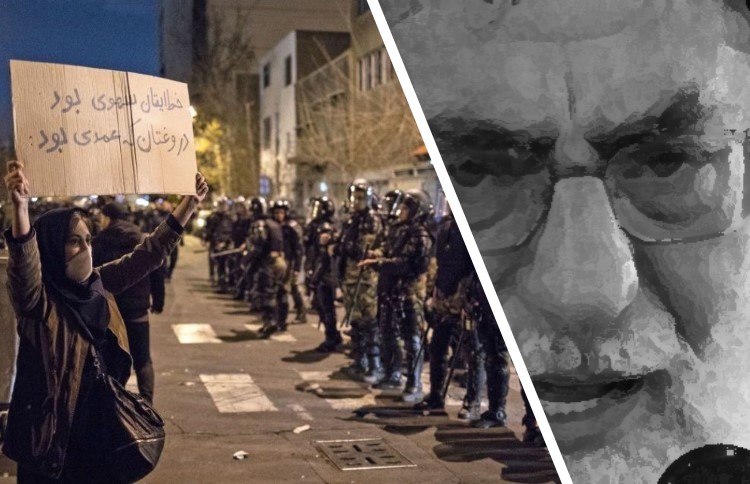 The website for the National Council of Resistance of Iran (NCRI) regularly tracks protests throughout Iran.

This mission took on expanded importance last November when the country was rocked by a nationwide uprising that coincided with the government’s announcement of a sharp increase in the price of gasoline.

Then, in the second week of January, resurgent protests once again made international headlines and prompted another round of daily reports by the NCRI, after Iranian citizens reacted to the regime’s belated acknowledgment of responsibility for the January 8 downing of a commercial airliner in the midst of heightened tensions between Iran and the US.

In both instances, the NCRI made a point of noting that the protests continued for longer than some other media reports would have the public believe. This was reminiscent of the organization’s coverage of a previous nationwide uprising at the beginning of 2018.

In that case, NCRI President-elect Maryam Rajavi urged supporters inside Iran to turn the initial movement into a “year full of uprisings,” and although the coordinated demonstrations across more than 100 cities were brought to heel by security forces and the Islamic Revolutionary Guard Corps, relevant slogans continued to be used in a variety of local protests and labor strikes for months afterward.

By all accounts, the January protests were smaller in scale than both of the previous movements, being initially focused around university campuses in major cities. However, the geographic reach of those demonstrations was still highly significant, as confirmed not only by the NCRI but also by the Human Rights Activists News Agency.

The latter provided an updated report on Monday, ten days after the protests began amidst vigils honoring the 176 victims of the Ukraine International Airlines disaster. The report noted that during the first three days, protests were observed in at least 21 different cities.

It also provided new details about the regime’s repressive response, which had previously been exposed via social media posts depicting the use of tear gas and live ammunition.

These tactics were observed on a much larger scale during protests in November and December. The NCRI, drawing on intelligence resources from its main constituent group the People’s Mojahedin Organization of Iran, determined that over 1,500 people had been killed during that period of about one month.

Other organizations like Amnesty International provided lower estimates but acknowledged that the numbers could rise substantially as more information became public about the unrest.

International human rights defenders also made it clear that security forces were showing no restraint and could be seen in video clips from the protests shooting with intent to kill.

Just as these tactics from November seemed to reappear in the context of the January protests, so too did accounts of mass arrests, intimidation, and human rights abuses against those who survived initial clashes between civilians and security forces.HRANA said of the recent demonstrations that some hospital staff turned away injured protesters out of fear that government authorities would retaliate.

It was previously reported that in November, security forces entered hospitals looking for persons whose injuries suggested they were on the streets when authorities opened fire on protesters.

When such injuries were discovered, patients risked being arrested on the spot, or transferred to military hospitals, or at least cited so they could face prosecution after being discharged.

According to HRANA, much the same thing happened this month, and a separate report from the same outlet suggested that this could have permanently debilitating or even fatal consequences for some activists, as it did when the same repressive tactics were used in November.

HRANA was able to confirm that at least one activist died from infection as a result of injuries sustained during the nationwide protests. The 19-year-old was reportedly afraid to seek medical treatment for fear of being arrested.

And considering that earlier reports indicated that these fears were commonplace, it is probable that other victims have had similar outcomes. In fact, that probability applies not only to those who deliberately avoided medical treatment but also to those who were arrested either at the hospital or before reaching it. This is to say, the Iranian judiciary has a long history of denying medical treatment to political prisoners as a means of exerting additional pressure on them.

What’s more, given that the number of arrests during the November protests exceeded the authorities’ detention capacity, it is also possible that some of the arrestees were deprived of medical treatment.

The NCRI estimates that more than 12,000 individuals were arrested during the nationwide protests, and the organization was among the first to report that elementary schools and government buildings were being converted into makeshift jails to accommodate the overflow.

In view of the regime’s initial difficulty in processing the arrestees, it is expected that many activists will continue to face sentencing for weeks or months to come. At the time of the protests, the judiciary explicitly warned that anyone identified as a leader of the protest movement could be punished with the death penalty. And although there have been no confirmed reports of prosecutors seeking that outcome in any specific case, there have certainly been reports of multi-year sentences.

And while there have been no confirmed reports of anyone being sentenced in connection with the protests that began on January 11, judiciary officials did acknowledge arresting 30 people for their participation. As was the case in November, the actual number is all but certain to greatly exceed the number announced by authorities.

Ever since the first nationwide uprising at the beginning of 2018, Iran’s activist community has been challenging the regime with unusually provocative slogans calling for the ouster of all leading officials and the establishment of an altogether new government.

It was the persistence of these slogans, like “death to the dictator,” that signified Maryam Rajavi’s “a year full of uprisings.” And their later recurrence suggested continuity among the 2018 and 2019 protest movements, as well as the university demonstrations this month.

This could potentially amplify the expressions of outrage already coming from the many Iranians who never supported any faction of mainstream Iranian politics, but have instead been supporting the platform of regime change advanced by such organizations as the NCRI.

According to the latest updates regarding ongoing protests, activists have posted public images of Maryam Rajavi in at least 22 cities, as well as risking arrest by tearing down posters depicting Supreme Leader Khamenei and the recently deceased head of the Revolutionary Guards’ Quds Force, Qassem Soleimani.

Irans Khamenei calls for withdrawal of U.S. troops from Iraq

Iran 34 years after the revolution

UPI: The Iranian people had many hopes after the...