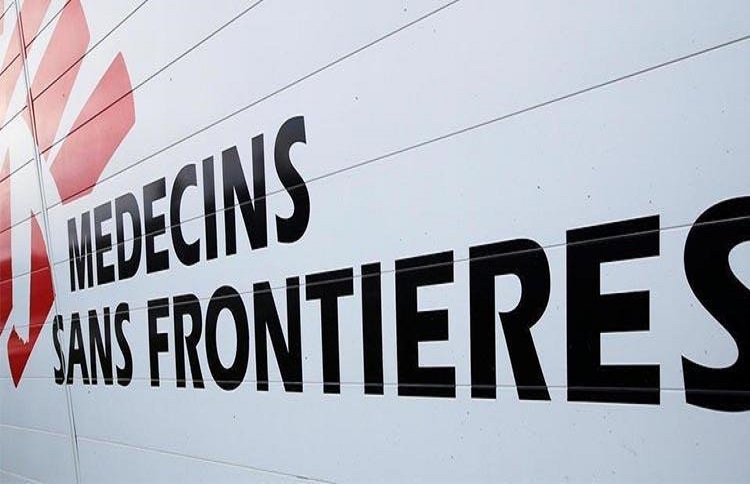 On 22 March the official website of the MSF wrote that: “The international medical humanitarian organization, Doctors Without Borders/Médecins Sans Frontières (MSF), sent a 50-bed inflatable hospital and an emergency team of nine people to Isfahan, the second-worst affected province in Iran, to increase hospital capacity for treating patients critically ill from coronavirus disease, also known as COVID-19.”

However, the Iranian government demanded that Doctors Without Borders, who arrived in Isfahan with doctors, medicine and equipment, leave Iran.

While Doctors Without Borders had announced its readiness to build a field hospital in Isfahan, Iranian Ministry of Health officials, despite the initial agreement, eventually rejected their presence in the country.

A spokesman for Isfahan University of Medical Sciences had earlier said: “The Doctors Without Borders is building and launching a field hospital to confronting the coronavirus with a capacity of 47 beds at Amin Hospital in Isfahan metropolitan area.

Julie Reverse MSF’s representative in Iran said: “Iran is by far the hardest-hit country in the region, and Isfahan is the second-worst affected province. We hope our assistance will relieve at least some of the pressure on the local health system.”

In this regard, Alireza Wahabzadeh, an adviser to the Minister of Health in a tweet, wrote: “While thanking Doctors Without Borders, with the implementation of the National Mobilization Plan to confronting the coronavirus and the full utilization of the Armed Forces’ therapeutic capacity, there is no need for hospital beds by external forces. And this presence is rejected.” 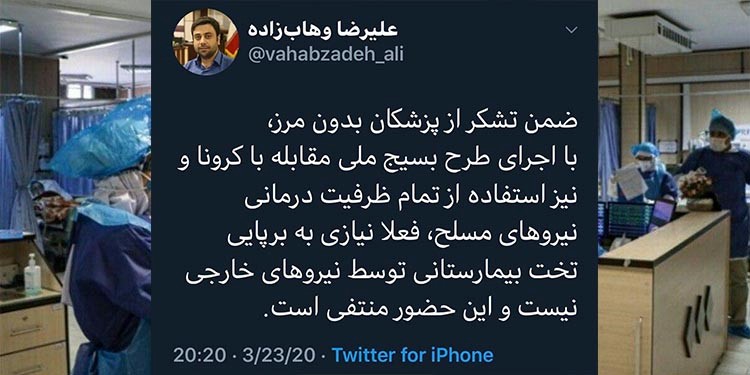 The representative of Iran’s supreme leader Ali Khamenei in the Kayhan newspaper, Hossein Shariatmadari, after Khamenei’s speech against the US, protested the presence of MSF in Iran.

The Iranian regime is preventing the presence of any foreign aid. The reality is that the numbers and the coronavirus outbreak are much worse than the regime is telling, and the regime is trying to hide it. Because from the first days this regime takes absolutely no responsibility for the outbreak and was even responsible for the outbreak. And to divert the minds of the public opinion from the regime crimes, made a fake enemy like about any other issue in the past 41 years.

US State Department spokeswoman Morgan Ortagus in a tweet about this subject said:

Conspiracy theories about the #WuhanVirus peddled by @khamenei_ir are harmful, irresponsible, and 100% false. If the so-called Supreme Leader were a true leader, he’d return the billions in his tax-free hedge fund back to the Iranian people to deal with the virus outbreak. pic.twitter.com/uXIuxwx3lO

And US Secretary of State Mike Pompeo insisted in a tweet that:

.@SecPompeo: The Iranian leadership is trying to avoid responsibility for their grossly incompetent and deadly governance. Iranian people have been suffering these kinds of lies for 41 yrs. They know the truth: The Wuhan Virus is a killer and the Iranian regime is an accomplice. pic.twitter.com/0kSr5rbCsN

In a press statement, he added:

“Supreme Leader Khamenei’s fabrications regarding the Wuhan Virus are dangerous and they put Iranians and people around the world at greater risk. Facts matter. Here are a few the Iranian regime would like to keep from the world: facts”

The fact sheet of the US Department of State is clear enough that the main responsibility for the coronavirus catastrophe relates to the regime:

Thus, pressure by Iran’s regime and its apologists in the West for the removal of international sanctions is just to the benefits of the regime and has nothing to do with the Iranian people.

Letter to WHO Over Iran’s Concealment of Coronavirus