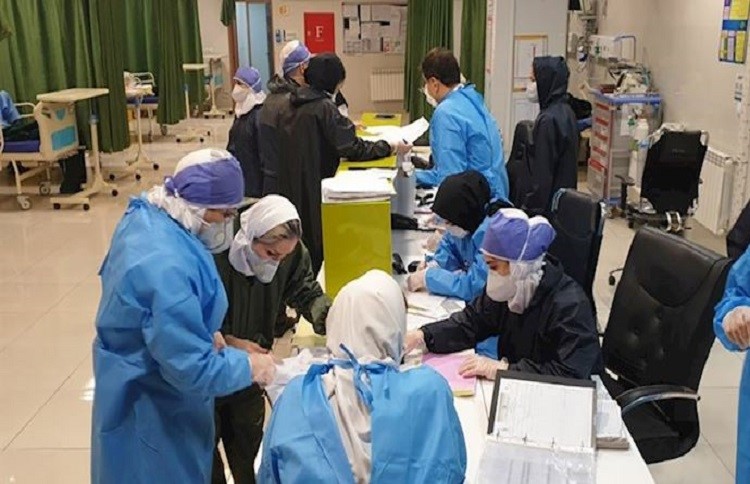 An increase in the number of people infected with the coronavirus in Iran’s south-western province of Khuzestan has worried people.

An Iranian government expert told state television in Khuzestan on 5 May about the rising numbers of coronavirus patients in this province: “These days in Khuzestan province, the statistics are such that everyone is worried. These days, we were expecting something else from the policies, and from the decision makings.”

Expressing the regime’s inaction in this province, he said: “We expect the authorities to take a more serious approach, although I know that maybe they have been restricted by the macro-policies of the country by the Anti-Corona headquarters, the day we had twenty people (infected), a red situation was declared in Khuzestan province. All roads in the province were closed. All offices were closed, …. the number of our figures fell. Now that our numbers are over 100, now it is 170-186, decisions are made in a way that people think it is not taken seriously.”

He added: “Today, several provinces were brought on the line of the news network, the North Khorasan, Fars, as well as another province, Gilan. Their numbers were much lower than ours, but they mentioned them as high-risk provinces and with red status anyway. Although our statistics are maybe four times that of Fars province, how are the decisions of the Central Corona Headquarters? Why are the statistics in such a way?”

Mohammad Alavi, head of the province’s health center and deputy director of health at Ahvaz Jundi Shahpour University of Medical Sciences, who attended the event, said: “Statistics that are regularly announced are increasing. There are statistics that are almost high in Khuzestan province. This information and the available statistics indicate two issues. The first problem is that the cases of the disease in Khuzestan province have really exceeded our expectations. If the disease worsens, death is certain. We have many cases.”

Farhang Karebandi, the Head of Razi Hospital in Ahvaz, said: “The situation of Khuzestan in the case of the Coronavirus is becoming critical.” He warned on Wednesday evening, 6 May, about the severe infiltration of the coronavirus in Khuzestan province and said: “I warn that this a very terrible and savage disease is penetrating the province and has caused a lot of pollution.”

“The situation in Khuzestan in the Coronavirus issue is becoming critical, which is not worthy of the people of this province. Out of every 100 people who come to the hospital’s emergency room, 50 must be hospitalized, which is a huge number. The situation is so bad that one out of every two people who go to Razi Hospital in Ahvaz must be hospitalized, while in other places this is not the case.”

He explained the statistics of patients as follows: “50 patients are being hospitalized, five ICUs have been set up and about 60 people are hospitalized with difficulty breathing in the ICU.”

According to the officials of Ahvaz University of Medical Sciences, the rate of the coronavirus has gradually increased since 11 April, when some social restrictions were lifted while increasing disease detection and non-compliance with social distance has played an important role.

Reuters: A court detained the head of a banned...

Rice says no evidence Iran to back down