Iran: Futile Attempt to Whitewash the Pervasive Corruption of the Judiciary 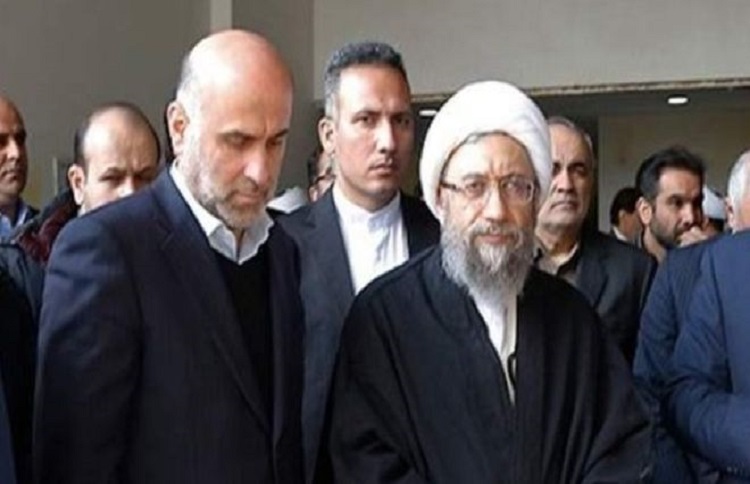 On 16 June, the First Deputy Head of Iran’s Judiciary Gholam-Hossein Mohseni-Ejei, who is notorious for his role in a crime against humanity perpetrated in the 1980s,

in the press conference, attempted to whitewash the corruption that has come to light in Iran’s judicial branch, and to portray the head of the Judiciary Ebrahim Raisi as innocent and not involved in this quagmire.

Ejei, who is one of the most corrupt officials, in his speech tried to show that they were not informed that Akbar Tabari who was for more than 20 years the executive deputy of the judiciary, was involved in theft and bribery and said:

“Tabari acted in a very complicated manner. This means that his actions did not have any appearance … otherwise, we would have acted. There were rumors, but nothing was proven.” These justifications were so ridiculous that Ejei himself said, “I give you the right if you are not satisfied with these explanations.”

It seems implausible that a senior official in the judiciary who for more than 20 years was involved with corruption and theft, went unnoticed, especially by the various heads of the Judiciary from Mahmoud Hashemi Shahroudi to Sadeq Ardeshir Larijani.

And even Ejei admits that there are many rumors about Tabari, while state-run newspapers have confessed that his corruption was so obvious, that when someone had a problem, they would go to Tabari. It is very clear that just a small part of this corruption belonged to him, the rest of the share belongs to other officials, like the head of the Judiciary and supreme leader Ali Khamenei.

State-run website Fararu on 15 July 2019 wrote, “Some media outlets say he (Tabari) has been the most influential figure in the judiciary for the past 20 years. Apparently, he was neither a lawyer nor a judge, but rather, his degree is in engineering. The media claimed that he had many disciples in the judiciary.”

And it is very clear that the supreme leader will not pay the real price for such a show, because this is just an attempt to engage and fool the people, and show that the government is fighting against corruption, while behind this curtain organizations like the IRGC are looting Iran with corruption. And after a while this case will be closed like the many others, analysts suspect.

Amazingly, in this press conference, when a journalist asked about the reason for not holding a public trial for Issa Sharifi, the deputy of Mohammad Bagher Qalibaf when he was the mayor of Tehran and is now the parliament speaker, Ejei in a ridiculous manner answered: “Since some information in the case may be misused by the enemy, the judge ruled that the trial should not be held in public.”

Ejei spoke about a change in the Judiciary and said: “It was necessary in these new circumstances of the second step of the revolution, different from the conditions, that the judiciary interferes so that real change take place.”

The question here is what can and will Iran’s Judiciary change? Arresting and trying the main elements of corruption like Khamenei himself? Stopping the mass executions? Respecting the freedom of speech and not arresting journalists? Stopping amputations? Finding the criminals who burned the faces of women with acid in the past years? Stopping the execution of child offenders. Stopping arrests and trials of political activists? Arresting those who are killing the porters in the southern borders of Iran? Or perhaps, respecting women’s rights?