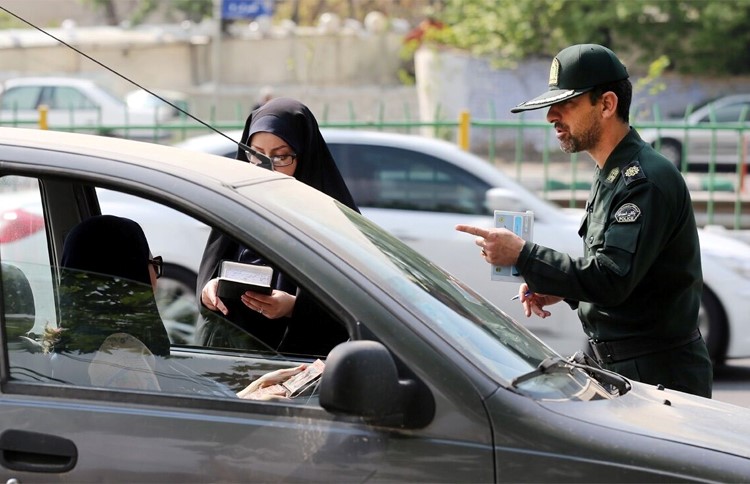 Some while ago, Iran’s supreme leader Ali Khamenei expressed his concerns about the violation of forced hijab by students.

“I am concerned about this issue. I appeal to officials and deans of universities and related ministries to pay attention to the hijab and distance between men and women, which is affirmed by “Islam,” and observe Sharia standards,” Khamenei’s website quoted him as saying on May 17.

Subsequently, heads of the state security forces appeared and made public remarks to terrify the people. Two days later, the deputy Iranian cyberspace police (FATA) announced that it will harshly deal with female cyberspace activists who violate hijab rules and consider them as culprits.

“There is no difference between crimes in cyberspace and reality. Each action that causes a disturbance in public opinion will definitely be confronted, and police will seriously take action in this regard. Hijab violation in cyberspace is considered as a subsidiary of abnormalities and is a violation,” Hamshahri Online wrote on May 19.

Chief of the security department of Tehran police Ali Zolfaghari also threatened women who defy the hijab law in their cars, saying, “Those who violate the hijab law or those who protest against the issue should appear in the security police station within ten days. Because the system is designed that their car will be confiscated if owners do not make commitment or protest in the police station,” Fars news agency quoted Zolfaghari as saying on June 10.

For Forty years, the ayatollahs amplified pressures on women whenever they have been challenged by public distrust and protests. In other words, they have reacted to citizens’ ire by targeting vanguard women who played crucial roles in anti-establishment demonstrations. For instance, Iranian women and girls were among the lead organizers of the protests by the population in the November upheavals.

The Role of Iranian Women in Recent Protests

Furthermore, the remarks by Khamenei and heads of oppressive forces display that the misogynist government remained unsuccessful in dissuading Iranian women from struggle despite the formation of 26 different apparatuses. In reality, authorities implicitly admitted their failure versus the will of freedom-loving women and girls in Iran.

In this context, the ayatollahs and their security officials see the hijab issue as a security case rather than a religious one. “The issue of hijab and chastity is not an ordinary issue, but it is a security-political issue for the country,” Tasnim news agency quoted Mohammad Abdollahpour, commander of the Revolutionary Guard (IRGC) Quds Force in Gilan, as saying on June 5, 2019.

Additionally, several officials highlighted society’s objection to the government’s oppressive measures under the banner of the “hijab.” On June 13, Fars published comments of a female advocator of the Islamic Republic about the hijab in Tehran AmirKabir University. She criticized authorities for the lack of special programs about “cultural issues and hijab.” She also expressed her concern about the endangering the security of the governing system. Notably, this university is one of the epicenters of protests against the ayatollahs including the student protests after the IRGC’s admission to downing a Ukrainian airliner in January.

Also, Mostafa Tajzadeh, former deputy minister of interior affairs, highlighted the people’s hatred against the government’s excessive rules, saying, “If you ask dissatisfied society, ‘What is your opinion about the hijab?’ Most of the people would say that does not pressure and let everyone make decisions in accordance with their faith like other countries,” Hamshahri daily wrote on June 9.

However, the Iranian people know that Tajzadeh is weeping crocodile tears and he merely pursue to maintain the current ruling system. In fact, the ayatollahs use the game of “reformist” versus hardliners to dupe the society and extend their rule’s lifetime, which is frequently rejected by protesters.

In conclusion, Iranian authorities try to divert public opinion about their horrible mismanagement in different sectors. Their economic failures and systematic corruption along with the donation of national resources to their regional allies and proxies have left the country on the verge of collapse. Also, non-transparency and concealment of the real scope of the coronavirus have contributed to an absolute health crisis. Health officials affirm that Iran is the first country that experiences the second COVID-19 wave. However, officials still hide the actual death toll.

All these factors lead the society to release their wrath against the ayatollahs’ ruling system that has brought nothing except poverty, miserable, high prices, and annihilation of natural resources for over four decades. Therefore, the real concern of Khamenei, President Hassan Rouhani, and other former and current officials is about upcoming protests that certainly will be more organized and powerful.

No cause for optimism with Iran’s new leader

American Thinker: Since the June election of Hassan Rowhani...