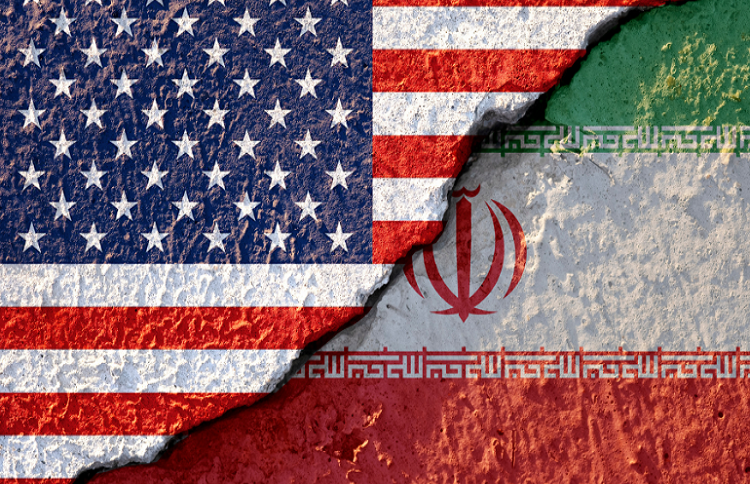 The Iranian regime’s slogan over the past 41 years has been ‘neither East, nor West’, which means that this regime unlike the Shah’s regime is not dependent on any of the global powers.

This is not a hidden subject that this regime has benefitted from the appeasement policies of the West over the past 40 years, which leads to the destructive behaviors of it in the Middle East and promoted its global terror activities.

Now the regime is in a very bad situation mainly because of the two severe protests of December 2017 and November 2019 and of course the sanctions which for the first time have broken the regime’s back. It is looking to the upcoming US elections in the hope that the US Democrats with Joe Biden taking power, return to the JCPOA and remove the sanctions.

The state-run daily Javan which is run by the so-called regime’s hardline faction attacked its counterpart daily Sazandegan in an article entitled, ‘You are becoming Joe Biden’s campaign’ and wrote:

This daily continued: “…And in the US election, which should see all parties and candidates as united against Iran and the implementer of US anti-Iranian policies, they differentiate between good and bad candidates and parties, and beyond that, like an American media that support the Democrats in the election, they are playing their role.”

The regime’s Sazandegan daily from the so-called reformist faction with the title, “Return to the JCPOA, overcoming the [threat of] overthrow” wrote: “The draft of the Democratic Party’s policy document calls for a return to the JCPOA and the avoidance of overthrow in Iran. Democrats believe that the United States should not overthrow other countries and abandon the pursuit of such a policy as the goal of the United States in Iran, the document said in part. The document also calls for the US to return to the Paris Agreement and ‘rebuild’ the JCPOA nuclear deal.”

In a faction-dispute, the Asr Iran daily while mocking the open university’s daily wrote: “The Open University daily called the analysis of some of the professional dailies in Tehran about the possibility of Donald Trump losing to his rival (Joe Biden) in the November elections and the possibility of returning to JCPOA, lifting the travel ban on citizens of several Muslim countries, including Iran, and resumption, the sale of oil and the reduction of currency problems as ‘the reopening of Biden’s headquarters in Tehran’ and ‘propaganda of the illusion of a good America by some political groups.’

“The accusers can also be asked when in another 100 days the US elections are held when they want to see to win?!

“Donald Trump or the assassin of Martyr Soleimani [IRGC Quds Force commander Qassem Soleimani], a violator of the covenants and a threat of war and overthrow, and they really want him to win and stay for another four years to crush our economy even more?

“If their answer is ‘Joe Biden’, then they are also in the ‘illusion of a good America’ ​​?!

“They probably answer: It does not matter. They are of the same nature, and the Republicans and Democrats are the two blades of the same scissors, and all the others are bad, and we should build a wall around ourselves and have nothing to do with the world. In this case, what do we want from the diplomatic apparatus and the Ministry of Foreign Affairs and regional and global relations and membership in international organizations?”

Omid-e Javan, another daily of the so-called reformist faction, wrote with the title, “Iranian Dream of November 2020, Trump’s defeat, Rouhani congratulates Biden on the phone, dollar price drops, JCPOA revived”, “The eyes of hope are not on Biden’s victory but on Trump’s defeat. We are not talking about the beauty and the beast, but Trump’s departure from the White House and the revival of JCPOA could affect Iran’s economy and the return of hope, even if Trump has mined the groundwork for politics.”

ISNA wrote: “According to a new poll, Joe Biden is eight percent ahead of Donald Trump among registered voters and has a significant lead among hesitant voters.”

Sadegh Khalilian former minister of the Ministry of Agriculture, stressing about the baseless hopes on any change said: “Based on the prevailing ideas of the government, in recent years, negotiations were held with the West, including the United States, and it was thought that the country’s problems would be solved in this way.

“This was done within the framework of JCPOA and extensive negotiations were held with the United States and Western countries, and Mr. [Mohammad Javad] Zarif and Mr. [John] Kerry negotiated face to face, and the results are now clear; Not only were the sanctions not lifted, but they were expanded.

From all these writings, this result is coming out that the regime’s main concern is not the change in the US, but its fears about the consequences of any upcoming changes. The people of Iran have shown in two series of recent protests that regardless of who takes power in the US, they no longer want this regime.

If the Trump administration has changed its policies over Iran, it was in a contra reaction because of the people’s protests and uprisings. Anyone who is taking power in the US will be forced to follow this policy, first because the regime cannot and will not change its policies, and second because the people want change.

Much of the state media are confessing that with or without Biden nothing will change, while the regime’s main challenge is the angry people.

Sunday Telegraph: Iran's Revolutionary Guards have set up a...