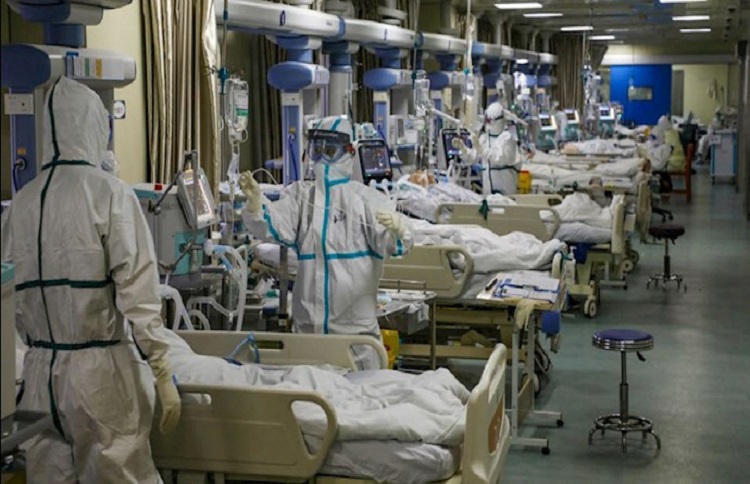 The latest reports about the Coronavirus pandemic in Iran show that 14 provinces have a red and 12 provinces have an alerting situation. An increase in cases of death and infection have been reported in six provinces of Zanjan, Lorestan, Ardabil, Fars, Tehran, and East Azerbaijan.

The four provinces of Mazandaran, Isfahan, Alborz, and Chaharmahal and Bakhtiari are experiencing an upward trend or the beginning of a new peak.

Three provinces of Bushehr, Markazi, and Hamedan were recently in an epidemic peak, and four provinces of Khuzestan, West Azerbaijan, Golestan, and South Khorasan are critical too. The three provinces of Hormozgan, Kurdistan, and Gilan also had little changes.

Eight provinces of Ilam, Kermanshah, North Khorasan, Semnan, Kohgiluyeh and Boyer-Ahmad, Kerman, Khorasan Razavi, and Qazvin are not able to properly analyze the epidemic situation in them due to data inconsistencies.

The result of the latest review of the Epidemiological Committee of COVID-19 of the Ministry of Health shows that in general, the incidence of the COVID-19 deaths is relatively high in the country. According to the 24th report of this committee, Qom and Sistan-Baluchistan provinces are less severe in terms of morbidity and death, and Yazd province is experiencing a steady trend with upward changes.

According to Sima Lari, the provinces of Fars, Ilam, Lorestan, and Hormozgan were previously in the red situation, but now they have changed the situation to warn, meaning that the number of cases and hospitalizations has increased.

Yesterday with the registration of 215 new deaths, Iran hit a new record. The death toll from coronavirus has risen to more than 200 since Saturday. On 3 August, Saeed Namaki, the Minister of Health, who spoke at a special meeting of the Education and Research Commission of the parliament, spoke about the deterioration of the situation in autumn and announced that he had previously predicted that the death toll would triple:

“When there were about 30 deaths a day, I wrote a letter to the Supreme Leader telling him about the triple deaths in the coming weeks and months. Forecasts show that in the fall, the probability of the flu and coronavirus coinciding is more than 80%.”

“The total number of staff working in this hospital in all departments, including medical staff, doctors, nurses, and support, is about 500 people. Since the beginning of the coronavirus outbreak, more than 2,480 children have been admitted to this hospital and on an outpatient basis, they showed coronavirus-like symptoms. More than 370 of them have been hospitalized, and of the children who were hospitalized, about 80 were tested positive. On average, three to four children with coronavirus infection are admitted to the hospital daily.”

Payam Tabarsi, head of the infectious disease department at Masih Daneshvari Hospital in Tehran, said, “The disease is not under control in Tehran; Every day 250 people die from the disease. Every day in Tehran, equivalent to a 1000-bed hospital, we have new patients. Therefore, there is no empty bed left for further hospitalization of the patients.

Many doctors from northern Iran are hospitalized in Tehran. In these circumstances, we will not be able to control the disease. We must witness the loss of our compatriots’ day by day.”

According to doctors, from 21 June to July 31, some 1,500 coronary patients were admitted to Khomeini Hospital in Tehran alone, and 310 of them died. At Fayyaz Bakhsh Hospital in Tehran, the number of coronavirus deaths in recent weeks has reached 110 people.

Iran’s Extremely Confused and Upset Situation Over the Coronavirus Pandemic

Iran’s Hostage Taking Must Be Met with Firmness

Iran seized a South Korean-flagged tanker in the Strait...