London, 19 Nov – The Washington Times on Wednesday, 18 November 2015 carried the position of Mrs. Maryam Rajavi, President-elect of the National Council of Resistance of Iran (NCRI), on Page A3 regarding how to tackle the threat of Islamic fundamentalism following the Paris attacks last week. 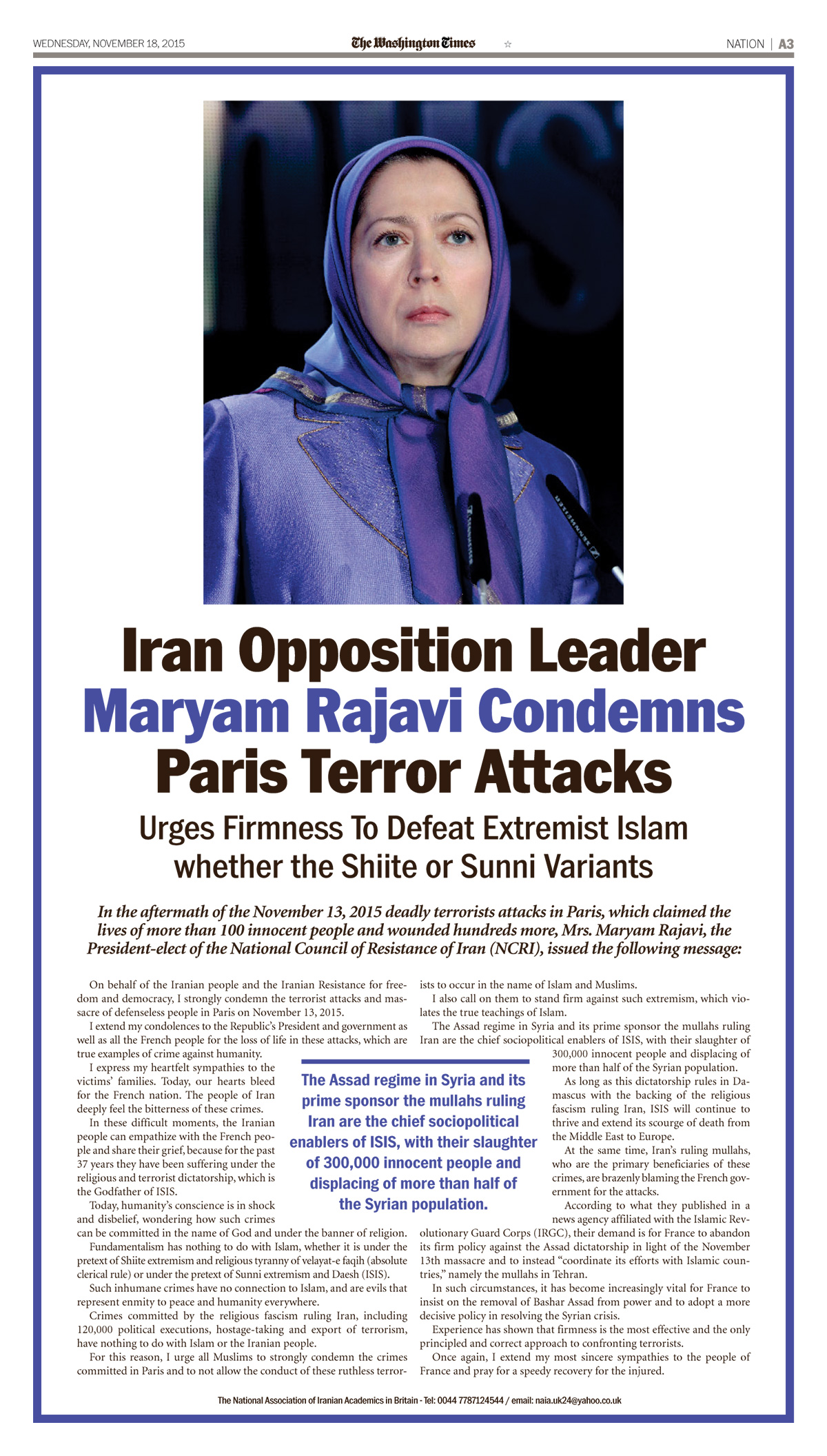 AP: Iran's newly-elected parliament has voted to reinstate a...

New sanctions would be toughest yet on Iran – Clinton