How to tackle Islamic extremism, the root of the Paris attacks. 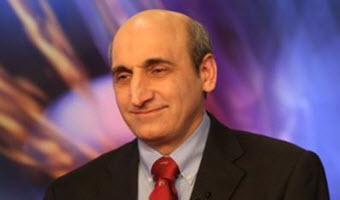 Paris, 18 Nov – Islamic extremism once again showed its evil nature in the blind acts of vile terrorism in Paris last week. As always, the victims were large numbers of innocent, defenseless people. Iranian people in particular share deeply in the pain of the victims, of French society and of all of human society. We feel and comprehend the situation of French society and citizens since for the past three decades we have been victims of the evil phenomenon of blind extremism in the name of Islam.

Under any interpretation last Friday’s massacre was a crime against humanity. Though the details can be deliberated extensively, there is no question that Islamic extremism has now become the international community’s main threat. Yet the solution to counter this blind extremism which commits crimes in the name of Islam seems elusive.

The solution is to counter Islamic fundamentalism at its roots, in addition to the police, military and intelligence activities.

Today this crisis presents itself in the form of extremist groups such as ISIS.

In reality, the main hub for the growth of ISIS has been in Syria. There is much evidence to show that the regime of Bashar al-Assad has had an active role in creating ISIS, and Syrian intelligence agencies were deliberately behind the group’s growth.

It should now also be clear that an end to Assad’s rule is a prerequisite to permanently defeating ISIS. The idea that ISIS can be defeated while Assad remains in power in the current circumstances in Syria is illusionary. So the question arises: What factor has thus far kept Assad in power, exacerbated the crisis in Syria and created the conditions and the breeding ground for ISIS?

The answer is found in another regional capital: Tehran.

In reality, without the unending military, financial, and intelligence aid of Iran’s Ayatollahs, Assad would have been removed several years ago, and the situation in Syria and that of ISIS would not have ever reached its current stage.
ISIS is a byproduct of the crimes of Assad, whose rule is dependent on Tehran, including the state murder of some 300,000 people.

Tehran is not coy in defending its policies in the region. The various factions of the regime are in unison on this issue. Hassan Rouhani, the president of the clerical regime, in his recent interview with the French media explicitly defended Assad and the continuation of his rule and called it essential. This is while the Syrian people have paid an incredible price in the past four years to get rid of their dictator.

More broadly, Islamic extremism and terrorism presents a challenge for the whole world.

While Islamic fundamentalism is not new, following the mullahs’ rise to power in the 1979 Iranian revolution, Tehran institutionalized this sinister phenomenon and evolved it into a pillar of its rule. The first macro hostage takings, suicide operations, and street bombings in the West under the cloak of Islam became common practice subsequent to the ayatollahs coming to power in Iran.

Both ISIS and Iran’s regime hope to create their own versions of an Islamic caliphate based on fundamentalist principles. In reality the regime ruling Iran is the manifestation of a Shia version of this sinister phenomenon and ISIS is the Sunni version.

As Mrs. Maryam Rajavi, the President-elect of the Iranian Resistance, underscored while expressing her condolences to the French President and nation last night, fundamentalism in the name of Islam – whether under the banner of Iran’s Shia brand or ISIS’s Sunni version – has nothing to do with Islam, and this ominous phenomenon, wherever it may be, is the common enemy of peace and humanity.

In order to eliminate ISIS, its breeding ground must be removed. It is high time for a concerted international effort to support Syria’s moderate opposition to unseat Assad, and to cut off the Iranian regime’s influence in the region.
Gobadi is a member of the Foreign Affairs Committee of the National Council of Resistance of Iran.