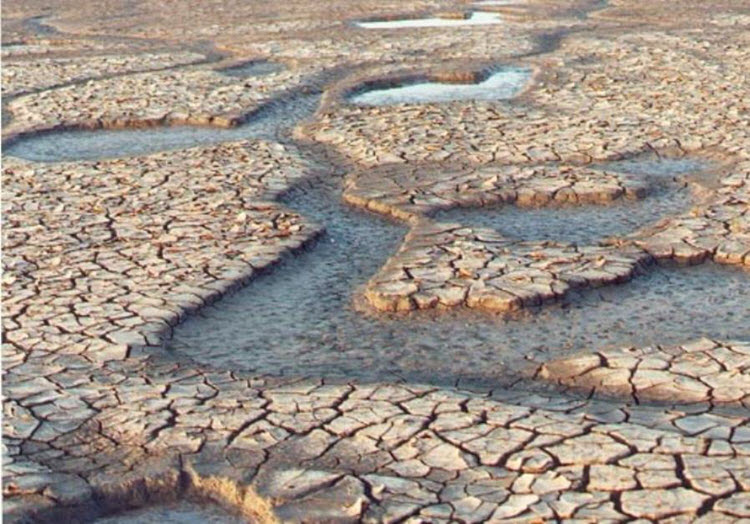 London, 6 Jul – The water supply in Iran has now reached an ultra critical level according to the Ministry of Energy’s Water and Wastewater Planning Office (WWPO).

Hedayat Fahmi, the Deputy Director of the WWPO, said that Iran has now used up nearly 90% of its renewable water resources meaning that the country is at serious risk of drought and other environmental crises.

It is not just the fact that the Regime did not act to stop natural water resource from being depleted, there is also the issue of healthy water being polluted by wastewater.

This poses such an incredible threat to Iran that Alaeddin Boroujerdi, the head of the Iranian regime’s National Security and Foreign Policy Commission, has assessed that it is now a security issue and has formed a Water Security Committee in response.

Boroujerdi said: “The country has very limited water resources, so that we are among the world’s most water-stressed countries… Meanwhile, wastewater is pouring into many rivers across the country, thereby ruining the healthy water. “

Disruptions to water supply could cause health problems, especially during the current heatwave, mass migration as resident emigrate in order to find reliable water, and widespread protests as people become more and more concerned that their government isn’t doing enough.

How are the people coping?

In Sistan and Bluchestan province, water is so scarce that more remote regions are having to be served by water tanker and many villages are left uninhabited.

One resident from Delgan, in the south-west of the province, told the state-run media that this is the most pressing issue currently.

This is despite the fact the Delgan actually sits atop an area rich in groundwater resources.

The water supply project for Lorestan province has been left unfinished after funding dried up and now 597 villages are without water.

On Tuesday, June 27, residents of Boodjeh Sofla Aslandouz village in Ardebil province and Shahidgah and Gharakord districts in Pishva, Varamin protested the water crises and shut down roads.

The National Council of Resistance of Iran said: “[The] Regime is in crisis in all areas. The environment, for instance, has turned into a huge crisis due to regime’s destructive policies. Excessively digging deep wells and using groundwater resources besides regime’s failing to set up water distribution networks have caused citizens to suffer severe water scarcity.”

AP: The remaining 42 residents of an Iranian dissident...