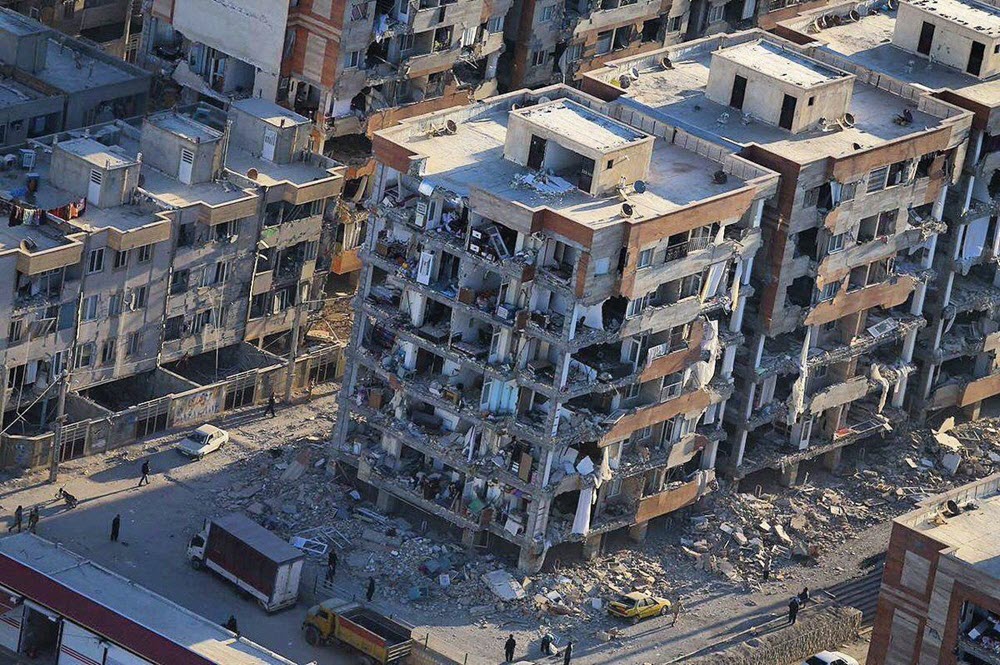 An earthquake, 7.3 magnitude near the Iraq-Iran border has killed more than 400 people and sent residents escaping their homes into the night, authorities said.

Iran’s western Kermanshah province bore the impact of the quake on Sunday night, with authorities saying the quake killed more than 407 people in the country and injured 6,700 up to know.

The quake was centred 19 miles (31km) outside the eastern Iraqi city of Halabja, according to the most recent measurements from the US Geological Survey.

Graphic locates epicentre of 7.3-magnitude earthquake on the border of Iran and Iraq

It struck at 9.48pm Iran time, just as people began retiring for the night.

The earthquake struck 23.2km (14.4 miles) below the surface, a shallow depth that can amplify damage.

The quake’s worst damage appeared to be in the town of Sarpol-e-Zahab in Kermanshah province, which sits in the Zagros Mountains that divide Iran and Iraq.

Kokab Fard, a 49-year-old housewife in Sarpol-e-Zahab, said she fled empty-handed when her apartment complex collapsed.

“Immediately after I managed to get out, the building collapsed,” she said. “I have no access to my belongings.”

Sarpol-e-Zahab residents said the power and water were out and telephone and mobile phone lines were spotty.

Iran’s Supreme Leader Ayatollah Ali Khamenei offered his condolences on Monday morning and urged rescuers and government agencies to do all they could to help those affected, state media reported.
President Hassan Rouhani is scheduled to tour earthquake-damaged areas on Tuesday.

The semi-official ILNA news agency said at least 14 provinces in Iran had been affected by the earthquake.

In Iraq, Prime Minister Haider al-Abadi issued a directive for the country’s civil defence teams and “related institutions” to respond to the natural disaster.

The quake could be felt across Iraq, shaking buildings and homes from Irbil to Baghdad, where people fled into the streets of the capital.

The Iraqi city of Halabja, closest to the epicentre, was the target of a 1988 chemical attack in which Saddam Hussein’s troops killed some 5,000 people with mustard gas – the deadliest chemical weapons attack ever against civilians.

Iraqi seismologist Abdul-Karim Abdullah Taqi, who runs the earthquake monitoring group at the state-run Meteorological Department, said the main reason for the lower casualty figure in Iraq was the angle and the direction of the fault line.

He said the Iraqi geological formations were better able to absorb the shocks.

However, the quake caused visible damage to the dam at Darbandikhan, which holds back the Diyala River.

Meanwhile Mrs. Maryam Rajavi, President-elect of the Iranian Resistance, expressed her condolences to the families who have lost their loved ones in the last night earthquake in different areas, including Qasr-e Shirin, Islamabad, Sar-e pol Zahab, Salas Babajani and Kerend.

Reiterating the criminal background of the mullahs’ regime’s neglect and irresponsibility to save the people’s lives in such incidents, Mrs. Rajavi asked the youth, especially those in western provinces, to rescue the people who are trapped under debris, and to deliver their aids directly to the stricken people and the injured. She added that just opposite to the Velayat-e faqih regime, it is now a time of solidarity, and helping the stricken people and saving them is a sacred national duty.