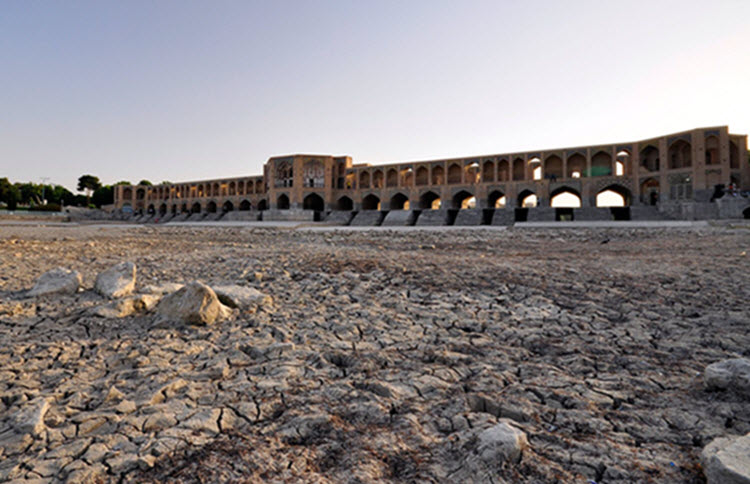 London, 18 July – For more than ten years, large parts of Iran have been immensely affected by drought. The rainfall in the country is currently at the lowest level that it has been for fifty years. Official figures indicate that this year has seen more than 25 per cent less rain than last year.

To make the situation even more critical, this summer is turning out to be extremely hot. This and the annual increase in the consumption of electricity is causing power shortages to become more and more commonplace.

Iranians are saying that power outages lasting hours are happening in towns and cities across the whole country and it is having a detrimental effect not just on individuals but also on businesses.

In the past few days, several areas in the Iranian capital have been affected by power cuts that last from two to three hours. They are unannounced but many people are saying that they believe energy and power officials are planning them but omitting to inform those who will be affected.

High temperatures have been recorded across the country – over 40°C in Tehran and over 50°C in southern parts of Iran. The intense heat and the increase in electricity consumption is making the power grids overheat and blackout.

Summertime is always the worst time of year for blackouts and the Energy Minister Reza Ardakanian warned earlier in the year that blackouts are inevitable, blaming the situation on the lack of rainfall too. He said that when households do not reduce their electricity consumption, the blackouts will continue because the water volume at dams is lower than normal.

The head of the Thermal Power Plants Holding Company said that Iran has a shortage of between 5,500 and 6,000 MW.

The situation is being mismanaged by the Iranian government and although steps are being taken to reduce electricity consumption, they are too little too late.

People in Iran have been protesting about the lack of availability of safe drinking water and there has been murmurings about Iran exporting electricity and water to its neighbours. The energy minister has denied this is the case but he also said that Iran is able to export 1,300 MW of electricity to neighbouring Afghanistan, Iraq and Pakistan.

The temperatures in Iran are not due to lower any time soon so it remains to be seen if the measures put in place by the government will make much of a difference.

Banks and government offices in Tehran have modified working hours to save energy and they are not allowed to have air conditioning systems on after 13:30 in the afternoon. This will apparently reduce the city’s consumption by around 10 per cent.

The government is quick to blame the environment and nature for the current crisis. Although this is exacerbating the problem, it is not the case. The government’s mismanagement of the country’s infrastructure and its overbuilding of dams and its failure to prioritise environmental issues are all huge factors.