Iran: Will EU Shield Against U.S. Sanctions Hold Up? 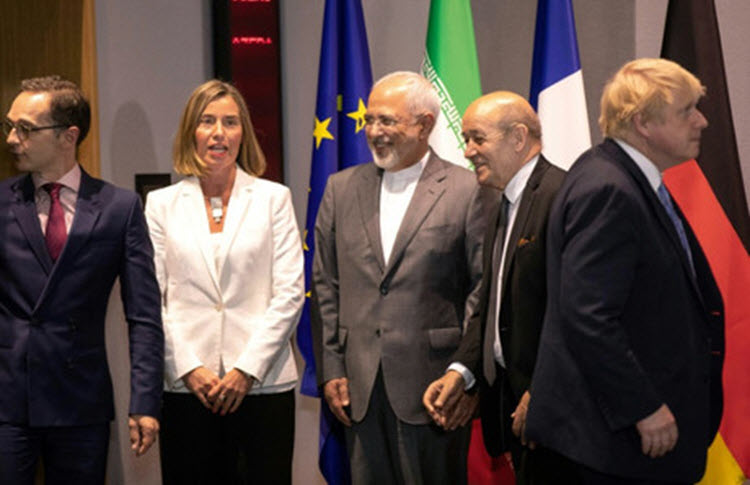 London, 18 July – The European Union has been trying to take a number of steps to ensure that European companies stop pulling out of business deals with Iran.

When U.S. President Donald Trump announced that sanctions on Iran would effect all those that do business with Iran, many companies started to wind down business and pull out of trading with the country altogether. Many EU companies have decided that remaining in Iran is not worth the risk of getting entangled in sanctions and potentially losing access to the U.S. financial system.

EU leaders have been unable to guarantee European companies that they will be protected. However, Brussels is working towards a “blocking statute” that would shield European companies from the U.S. sanctions. The statute would void any decisions made in American courts with regards to sanctions on Iran in Europe. It also does not permit companies based in Europe to sever business ties with Iran over foreign sanctions issues.

The purpose is to persuade Iran that it is within its economic interests to remain in the 2015 Iran nuclear deal and it is also to protect European companies from the sanctions.

Federica Mogherini, the EU foreign policy chief, said that the statute is a positive move. She described it as positive and a “consistent step” in ensuring that the steps made by the EU to ensure a “consistent step forward in the set of measures that the European Union has put in place to make sure that the economic benefits deriving from the nuclear deal can continue to be in place for Iran”.

However, she did acknowledge that the situation is tricky because of the United States’ position in the financial system and global economy. She also reiterated that the European Union is “determined to preserve this deal”.

Experts, however, said that the statute is not going to work in the way the EU wants it to. Companies are basically going to have a whole load of legal issues that need to be worked through. Furthermore, experts warn that EU companies are going to find other reasons to pull out of Iran if they are not allowed to do it because of sanctions.

The blocking statute relates to what happens within the European Union and will not be able to prevent the United States from targeting U.S. branches of these companies. One possible way to move forward is for EU companies to set up separate financial channels to separate them from their American branches, but it will take a lot of consideration and there is still an element of risk remaining. The blocking statute alone will not be enough to protect EU companies doing business with Iran.

The blocking statute was originally set up in 1996 against U.S. sanctions on Cuba but it brings no resolution to the Iran situation because it was never fully implemented. Its effectiveness is therefore unknown.

Whatever happens, it needs to happen fast because the first set of sanctions take effect next month.

In shift, Egypt warms to Iran and Hamas, Israel’s foes