Iran’s Nuclear Bomb May Once Again Be in the Pipeline 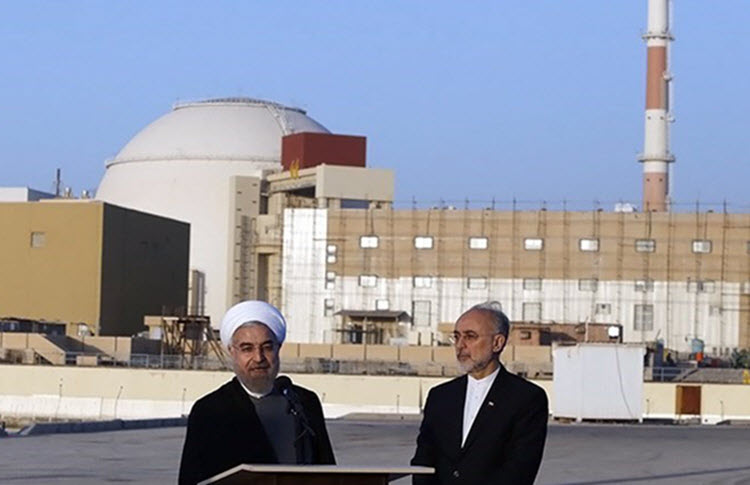 London, 19 July – Ali Akbar Salehi, the head of the Atomic Energy Organization of Iran, said that the country has increased its uranium stockpile and is increasing its to weapons grade. He said that before the 2015 Iran nuclear deal was agreed, Iran had imported 550 tons of uranium.

Its has now reached around 950 tons because it has since acquired another 400 tons.

Furthermore, the head of the nuclear agency said that a new factory has been built. It is apparently capable of producing enough rotors for more than fifty IR-6 centrifuges per day for uranium enrichment.

The 2015 Iran nuclear deal, formally known as the Joint Comprehensive Plan of Action (JCPOA) was agreed between Iran and China, Russia, Germany Britain and France. Iran was supposed to curb its nuclear programme and in return it would be able to benefit from significant sanctions relief.

Iran was drawn to the nuclear table by the prospect of sanctions relief because its economy was suffering. Former President Barack Obama promised the critics of the deal that Iran’s behaviour would become more moderate and that the people of Iran would benefit from a more positive economic climate.

However, this never happened. The Iranian rulers plundered the huge sums of money that were freed up when sanctions were lifted on militias and terrorist activities abroad. It propped up Syrian dictator Bashar al Assad and it ignored the economic situation at home.

When President Donald Trump took office, he made it his mission to curb the Iran threat. He knew that the nuclear agreement was ineffective, not just because the nuclear threat had not been curbed but also because it failed to address Iran’s interference in the Middle East, its ballistic missile program and the mistreatment of people at home.

In May, Trump announced that the United States was leaving the ineffective deal. After weeks of no response from Iran, Supreme Leader Ayatollah Ali Khamenei said that he had ordered the relevant agencies to increase Iran’s uranium-enrichment capacity if the deal fails to remain in place now that the United States has exited it.

It is clear that Iran plans on acquiring a nuclear bomb, but it is being smart about it. Or so it thinks. Salehi is adamant that the new factory is not a breech in the terms of the nuclear deal because it was built previously to the negotiations. He said:

“Instead of building this factory in the next seven or eight years, we built it during the negotiations but have not started it.”

The other signatories of the deal have been taking steps to convince Iran to remain in the deal. European leaders are desperate to keep the deal in place but it is uncertain whether they will be able to keep Iran happy. Iran has already made numerous demands, including telling the European leaders that a strategy needs to be in place before August when the first U.S. sanctions take effect.

Many EU officials have pointed out that this is very unlikely to happen, certainly to the extent that Iran is demanding.