Who Is Responsible for Iran’s protests? 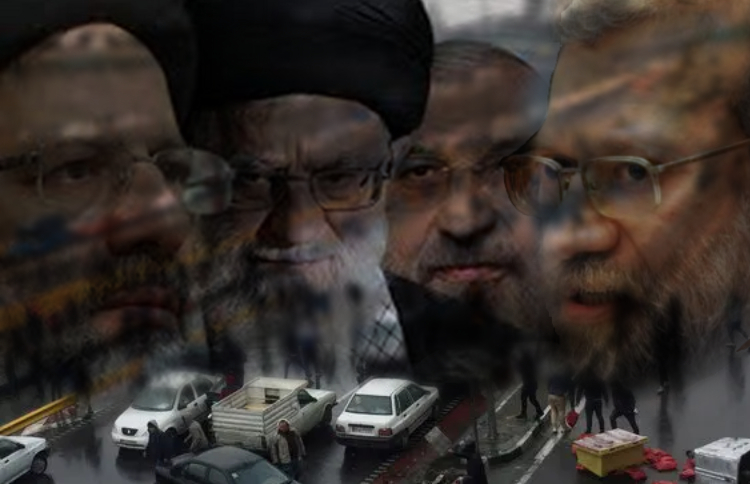 Around two weeks pass from the gas prices hikes in Iran which flamed nationwide protests across the country. As always, the government responded to the people’s rightful grievances with an iron fist. The security forces made a total bloodbath in different cities and towns by killing more than 450 protesters and wounding thousands.

They also arbitrary arrested more than 10,000 people and there is no knowledge about the fate of most them so far. Officials enforced a total internet shutdown in fear of more protests and to further crackdown on the people’s complaints. Authorities claim that they could quell the unrest and turn back the situation to its primary state. However, the consequences of the government’s new decision remain. Sudden fly up at other prices is merely one of these consequences. Interestingly, Iran’s President Hassan Rouhani, during his trip to Tabriz, Northwestern Iran, pretended he played no role in the fuel price hikes. “I assigned enforcement of the rationing and the rising price of fuel to the ministry of interior… On Friday [November 15], I learned the gasoline price has become expensive,” Rouhani said in his speech on November 27.

It’s called, “On Friday, November 15, the head of the judiciary Ebrahim Raisi frankly objected to rationing the gasoline, saying, ‘Many years ago, the government should begin the raise of gasoline prices according to law.’”

On November 17, members of the Majlis [parliament] from Khomeinishahr Mohammad Javad Abtahi said, “I know from reliable sources that Ayatollah Raisi had signed the minutes of the branches’ heads about rationing and rising the gasoline prices under condition.” Even another MP acknowledged that, three days earlier, the head of the judiciary sent a letter to the President. In this letter, Raisi informed Rouhani that the country’s situation is not ready for the enforcement of this decision [raising the fuel prices] and the plan should not be implemented.

However, on November 17, when the Supreme Leader Ali Khamenei faced the nationwide protests that were threatening the entire ruling system, he was forced to make remarks. He declared his support of the government’s plan and directly ordered his advocates to crack down on demonstrations. Khamenei also described protesters as ‘thugs’ to justify the violent suppression of the fed-up people. He also claimed, “I am not expert in these sectors, but I support the decision of the branches’ heads.” Of course, he did not explain that if he is not an expert, why did he intervene in this issue which clearly has a negative impact on the lives of millions of people. Furthermore, why did Khamenei stop the Majlis’ plan to revoke the fuel price hike if he is not an expert?

The rational result of the remarks of Iran’s highest officials is that no one is responsible for a plan that directly effects on the Iranian people’s living. The supreme leader is not an expert but influences all sectors! The President wasn’t informed! The head of the judiciary was against the plan, and the Majlis Speaker is silent.

However, the people gave the responsible answer to the regime by immediately pouring in the streets and demonstrating their will against the dictatorship system that pursues its adventurous foreign policies at the expense of the nation. These are the same people who are the first victims of suppression, corruption, nepotism, high prices, etc. Therefore, the protests that sparked due to the gas prices hikes instantly turned to a nationwide uprising which targeted the rulers and their destructive policies in its entirety. Indeed, the Iranian people obviously indicated that they no longer want this irresponsible regime the time for ‘regime change’ has come.

Iranian pensioners have been holding protest rallies across the...

AFP: A private plane bound for Iran has gone...