Sunday Telegraph: The CIA is investigating whether Shahram Amiri, the Iranian nuclear scientist who defected to the US but last week flew back to Tehran, was a double agent.

The CIA is investigating whether Shahram Amiri, the Iranian nuclear scientist who defected to the US but last week flew back to Tehran, was a double agent.

By Philip Sherwell in New York and William Lowther in Washington 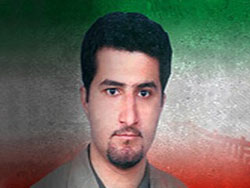 The strange case of Shahram Amiri has puzzled US intelligence chiefs who approved a $5 million payment to him for information about Iran’s illicit nuclear programme.

Former US intelligence agents have predicted that Mr Amiri will disappear into prison or even face death, despite the hero’s welcome he was accorded as he was met by his wife and hugged his seven-year-old son.

But his decision to fly back voluntarily, claiming outlandishly that he was kidnapped by CIA and Saudi agents during a pilgrimage to Saudi Arabia last June and then tortured in the US, has prompted suspicions that he was a double agent working for Iran  all along, The Sunday Telegraph has learned.

There are also questions about why the Iranian authorities allowed him to travel alone to Saudi Arabia, despite his sensitive work, and why he left his family behind if he was intending to leave Iran permanently.

And his role as one of the sources for the now heavily disputed 2007 National Intelligence Estimate (NIE) that downplayed Iran’s suspected nuclear weapons operations has raised further doubts. The US intelligence community has been working on a new NIE that will give a much more alarming assessment of the Islamic republication’s atomic bomb ambitions.

The CIA nonetheless believed that Mr Amiri was a genuine defector as he was debriefed in Arizona and revealed information about how the Tehran university where he worked was the covert headquarters for the country’s atomic programme.

“The CIA would not have been paying $5 million unless they had vetted him carefully and believed he was genuine,” said Art Keller, a former agency case officer who worked on Iran’s nuclear and missile programmes.

“They think he was legitimate. Iranian nuclear physicists do not grow on trees. And to get someone with really good access, sometimes you have to wave a really big potential payday for him.”

Another former CIA operative, who spoke on condition of anonymity, told The Sunday Telegraph that the agency was investigating whether Mr Amiri was a double agent – a possible explanation for his mysterious actions.

Even if was not a “double”, there are fears that he will reveal key information to his Iranian interrogators about what US officials know about the country’s nuclear programme – itself vital intelligence in the game of atomic cat-and-mouse between Tehran and the West.

Mr Amiri turned up last week at the Pakistani diplomatic mission in Washington, which handles Tehran’s interests as the US and Iran do not have relations, and requested a ticket and money to fly home. He had previously released bizarre and contradictory videos on YouTube suggesting that he was happily studying in America or was being held there against his will.

In the wake of his decision to return to Iran, US officials have been unusually open in releasing information about his dealings with the CIA.

They disclosed details of the $5 million payment – funds which are now beyond his reach as financial sanctions mean he cannot access the money in the US. And they also said that he had been an informant inside Iran “for several years” before he disappeared on a pilgrimage to Saudi Arabia last June.

Standing alone, the revelations would appear to endanger Mr Amiri’s wellbeing, especially as President Mahmoud Ahmedinejad has handed control of the country’s nuclear programme to hardliners from the Revolutionary Guards, the praetorian corps charged with defending the 1979 Islamic revolution.

But Scott Stewart, vice-president of tactical intelligence for Stratfor, a private intelligence company, said: “Amiri was already in real trouble if was a real defector. But if the CIA suspect that he was a double agent or even a fabricator, it would make sense to mess with the minds of the Iranians by putting this sort of information out there.”

And a CIA analyst with direct knowledge of the case said that the returned scientist had become the centre of a propaganda war and that the agency was “disinclined” to remain silent while Tehran scored points against Washington.

The analyst, who cannot be named because he is not authorised to speak on this issue, said there had been an internal debate about the rights and wrongs of revealing details on Mr Amiri’s history as a spy for the US.

“It might look as if the CIA is taking revenge on Amiri for returning to Iran and that by telling the US media about his cooperation and long record as an agent they are simply signing his death warrant and ensuring that the Iranian authorities would eventually execute him,” he said. “But in reality, whatever the CIA says at this point will have little impact on Amiri’s fate.”

He also acknowledged that it was possible that Mr Amiri was a double agent and that he had been sent to the US by Iranian intelligence to plant false information and that he always intended to return.

“If that is the case, he will become an Iranian hero and the CIA’s charges will do him no harm,” he said. “If, on the other hand, he was a genuine defector who returned because he had a change of heart, there is nothing the CIA can do to protect him.

“Amiri will be subjected to intense interrogations that will quickly break his cover story about being drugged and kidnapped.

“When that happens, the Iranians will have to decide if they want to hang him as a traitor or carry on the fiction – for propaganda purposes – that he was the victim of a CIA plot.”

Mr Keller also did not hold out much hope for Mr Amiri’s prospects if he is regarded as a traitor by Tehran. “Iran’s nuclear programme is in the hands of the Revolutionary Guards now and they are not a forgive-and-forget bunch,” he said. “I think he’s in a lot of trouble.”

Mr Amiri was recruited as part of the US “brain drain” programme to lure top Iranian scientists and military officers to defect. There will now be concerns that the project has been compromised, whether he was acting as a double agent or supplies Tehran with revealing information about how he was approached.

The agency encouraged him to defect last year because it was feared he had been identified inside Iran. Whether those concerns were actually a misreading of his status with the regime is also now under investigation.

But other scenarios include the possibility that Mr Amiri returned because of pressure on his family or simple became homesick, said Mr Keller.

“The care of a defector is a major headache,” he said. “Obviously, they provide very valuable information, but, thereafter, they have really cut themselves off from their homeland. And remorse is very common in that situation.

“So, I don’t find myself too surprised that he returned, although, in this particular case, I wonder if he returned under pressure on his family back in Iran.”

There are precedents for this sort of behaviour by defector – most notably Vitaly Yurchenko, a veteran KGB agent who crossed sides to the US in 1985 but after three months he apparently changed his mind and re-defected. There are still doubts about whether his original defection was legitimate or an attempt by the KGB to plant disinformation.

AP: The mother of an ex-Marine sentenced to death...

BBC: Human rights organisations have condemned the execution of...