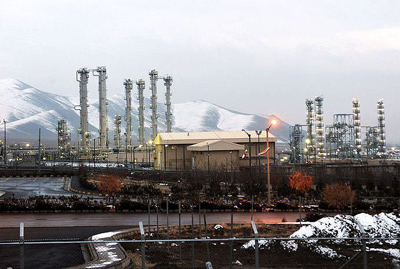 The study, published by a body set by scientists from the top-secret Manhattan Project which built the world’s first atomic bomb, comes as the United States and five other powers hold nuclear talks with Iran in Istanbul.

And it follows claims by US and Israeli officials that international efforts have slowed Iran’s nuclear drive.

The Washington-based Federation of American Scientists said on its website that the gas centrifuges at Iran’s main enrichment plant in Natanz became more efficient in 2010.

“Despite a drop in centrifuge numbers during 2010, the total enrichment capacity of Iran’s main facility has increased relative to previous years,” said the study authored by Ivanka Barzashka.

“The growth in enrichment capacity from 2009 to 2010 is greater than from 2008 to 2009,” it said, adding the calculations were made on data provided by the UN nuclear watchdog, the International Atomic Energy Agency.

“Contrary to statements by US officials and many experts, Iran clearly does not appear to be slowing down its nuclear drive. On the contrary, it has a greater enrichment capacity and seems to be more efficient at enrichment,” it said.

Barzashka estimated “it would take Iran anywhere from five months to almost a year to produce enough HEU (highly enriched uranium) for a single crude bomb, which does not seem like a viable breakout option.”

“Breakout” potential is the time it would take to build a bomb.

“We are still in a stage where the numbers of new centrifuges Iran installs and their effective performance have significant effect on its time to a bomb,” the author said.

During a January 10 visit to Abu Dhabi, on the opposite side of the Gulf from Iran, Clinton said international sanctions have made it “much more difficult” for Iran to pursue its nuclear ambitions.

And Israel’s strategic affairs minister, Moshe Yalon, said last month that a series of “technological challenges and difficulties” meant Tehran was still about three years away from being able to build nuclear weapons.

By Pooya Stone A new report by Javaid Rahman, the...