Rep. Rohrabacher: Trump will stand up to Iranian Regime 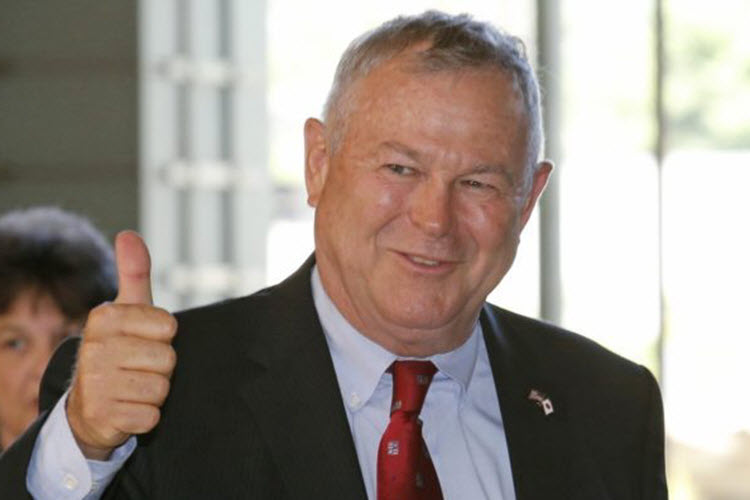 London, 26 Jan – A Republican lawmaker has stated his belief that Trump will stand up to the Iranian Regime. He also expressed pride in the notion that Trump would use the term Radical Islamic Terrorist.

At a Capitol Hill briefing by the Organization of Iranian-American Communities, he said: “Isn’t it wonderful to have a president that can use the words ‘radical Islamic terrorist?’”

He continued: “That means we have sent a message to those radical Islamic terrorists that run Iran, that we have their number. We know what they are doing and we are not afraid to stand up to their type of tyranny.”

While it is wonderful that Trump seems set of removing the threat of ISIS and the Iranian mullahs, by using the word Islamic, he paints the whole religion with the same brush.

This may end up isolating the majority of Muslims who are also opposed to the Iranian mullahs and ISIS.

The other lawmakers present agreed that Iran was the “number one state-sponsor of terror,” citing its role in the Syrian Civil War where they help a dictator to repress the ordinary citizens and called for continued sanctions against the Regime.

One of them, Rep. Eliot Engel (D-N.Y.), was one of 25 House Democrats who voted against President Obama’s nuclear deal with Iran.

Last summer, the USA helped to relocate the dissidents from the National Council of Resistance of Iran (NCRI)/People’s Mujahedeen Organization of Iran (MEK) to safety in Europe.

The residents of Camp Ashraf and Camp Liberty were subject to constant attacks from the Iranian Regime and its proxies.

Camp Liberty under heavy attack – No. 3 According to...

Iran: Security, a Gamble in Which Khamenei Lost