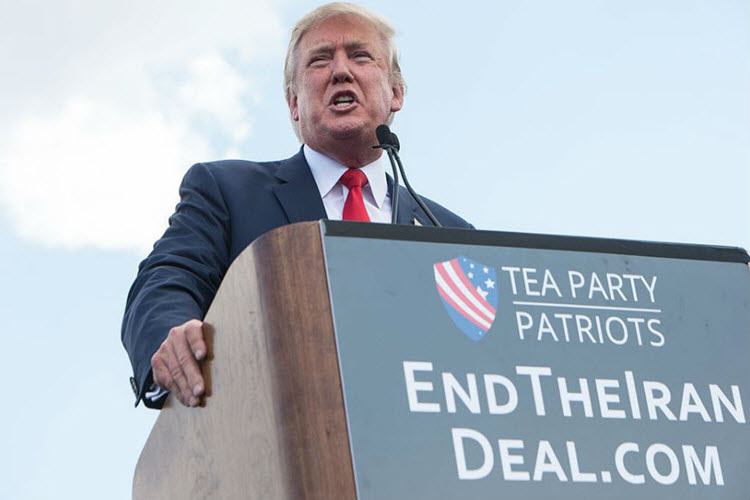 London, 7 Feb – Donald Trump could be forced to reveal the secret components of the 2015 nuclear deal between P5+1 countries and Iran, according to Fox News.

Some of the side agreements between Iran and the International Atomic Energy Agency have already been uncovered, but as Iran ramps up its very own Cold War against the USA, Trump may announce further secret deals.

Following the Iranian missile test last week, Trump tweeted: “Iran has been formally PUT ON NOTICE for firing a ballistic missile. Should have been thankful for the terrible deal the U.S. made with them!”

He continued: “Iran was on its last legs and ready to collapse until the U.S. came along and gave it a life-line in the form of the Iran Deal: $150 billion.”

President Obama’s national security adviser Susan Rice noted that the deals between Iran and the IAEA were not made public but that details would be shared in a classified briefing to Congress.

Behnam Ben Taleblu, a senior Iran analyst at the Foundation for Defence of Democracies, said: “The fact that there are side deals, to begin with, is a problem. The deal was sold to us as transparent and that hasn’t been the case.”

The deal was supposed to halt Iran’s nuclear weapons programme in exchange for sanctions relief. The Iranian Regime has violated the terms of this agreement on numerous occasions.

In 2015, Iranian Army chief of staff Hassan Firouzabadi, told Iranian news outlets: “We will follow two restrictions: The first is mentioned in the [nuclear deal], in the matter of no nuclear planning, and the second is the range of 2,000 km, which has already been noted previously by all elements in Iran.”

So, from the start, Iranian officials were already making clear that they would not follow all of the nuclear deal.

Trump has previously promised to be tough on Iran; indeed, last week he extended the sanctions against Iran to 25 more people and companies, but he needs to be tougher.

The Republican chairman of the Senate Foreign Relations Committee, Bob Corker of Tennessee, believe that a tough approach will put Trump in a good position when the deal is renegotiated.

Ben Taleblu agreed: “The new administration is in a good position to call for Iran and the IAEA to release all the documents. If Drumpf wants to renegotiate the deal, he can really hold Iran’s feet to the fire by vigorously enforcing of the existing agreement.”

On a phone call to the Saudi King Salaman, the two leaders agreed on enforcing the nuclear deal and curtailing Iranian interference in the middle east.