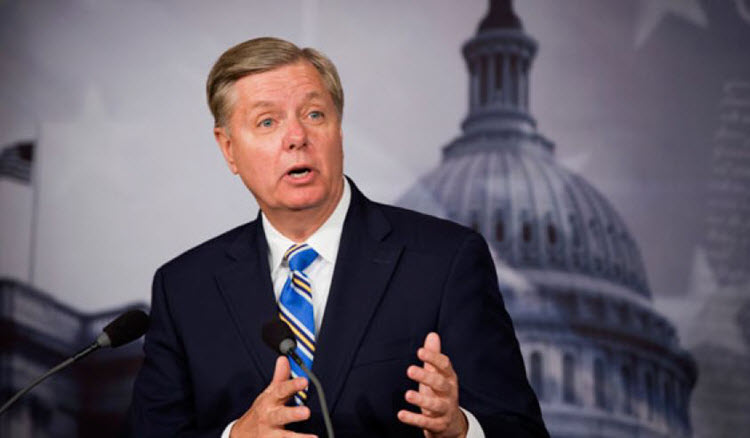 London, 21 Feb – Senator Lindsey Graham revealed plans for new economic sanctions on Iran, it was announced on Sunday by Reuters.

He said: “I think it is now time for the Congress to take Iran on directly in terms of what they’ve done outside the nuclear program.”

This measure would hold Iran accountable for its actions, specifically the testing of ballistic missiles, a violation of U.N. Security Council resolutions which the Regime has committed twice so far in 2017.

Senator Chris Murphy, who was on the same panel as Graham, said that the Senate would need to agree on what a “proportional response” to the missile testing.

He said: “I don’t necessarily think there’s going to be partisan division over whether or not we have the ability as a Congress to speak on issues outside of the nuclear agreement.”

Murphy, a member of the Senate Foreign Relations Committee, said that the US would have to decide how far to get involved with Iran.

He said: “We have to make a decision whether we are going to get involved in the emerging proxy war in a bigger way than we are today, between Iran and Saudi [Arabia].”

Iranian Foreign Minister Mohammed Javad Zarif, who was also at the conference, said that Iran would not respond well to sanctions.

In early February, the US extended sanctions against Iran following the first missile test. Iran responded by attempting another missile test.

In response to Zarif, Graham said: “To Iran, I say, if you want us to treat you differently then stop building missiles, test-firing them in defiance of U.N. resolution and writing ‘Death to Israel’ on the missile. That’s a mixed message.”

Reuters: Iran has reached a "basic" agreement with Russia...