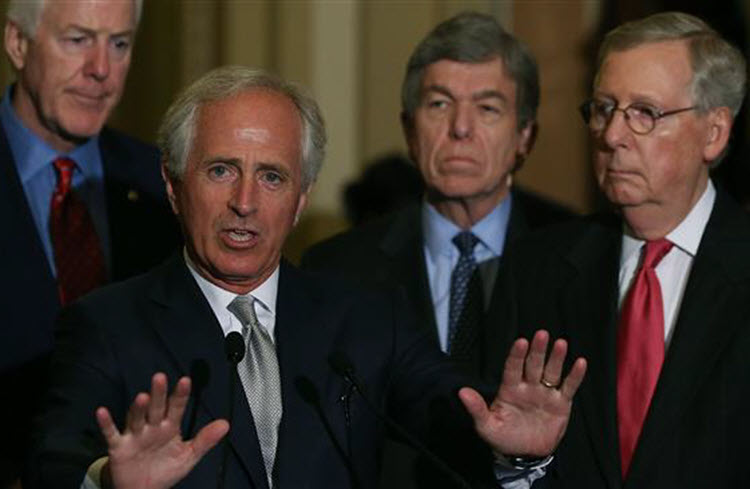 London, 29 Mar – Last week, officials in the United Stated announced the introduction of new legislation that has the goal of countering the threat coming from the Islamic Republic of Iran. The legislation has bipartisan support and gives the Trump administration a comprehensive method to deal with the threat of Iran being nuclear-equipped and its damaging activities that are causing chaos in the Middle East and further afield.

Senior lawmakers say that the legislation will allow for more sanctions to be imposed on Iran, but with the benefit of being able to thoroughly enforce the terms of the 2015 Iran nuclear deal.

The news was announced before the annual AIPAC conference and has surprisingly brought consensus between Democrats and Republicans.

Kentucky Republican and Senate Majority Leader Mitch McConnell said earlier this week that the Iran nuclear deal was a “windfall” for Iran and a hindrance to the United States because it made it impossible to take aggressive measures to curb the Iranian regime’s nefarious activities.

However, he highlighted that with this new legislation it is now possible to hinder Iran’s “capability to fund, arm, and train terrorists like Hezbollah, Hamas, and its proxies in Syria”.

The bill targets the country’s ballistic missile development and would shut Iranian and foreign corporations that have involvement in the program out of the international financial system. The banks that support the companies would also be shut out. Furthermore, there will be mandatory sanctions for anyone involved in the program.

An arms embargo would be enforced and there would be terrorism sanctions applied to the Islamic Revolutionary Guards Corps (IRGC).

Republican Senator Bob Corker of Tennessee, the chairman of the Foreign Relations Committee, and Senator Ben Cardin of Maryland, the top Democrat on the panel, have both expressed their utmost support for the bill.

Paul Ryan – Speaker of the United States House of Representatives – said that the country must make a great effort to combat the Iranian threat and said that its allies will be instrumental in this challenge. He said: “To combat these threats, we must harness every instrument of American power. We must work with our allies – and Israel in particular – to counter this aggression at every turn.”

Before becoming President of the United States, Donald Trump spoke about this disdain towards the Iran nuclear deal, saying it was the worst deal that could have been negotiated. He vowed to either scrap or renegotiate the nuclear deal, but it remains intact for now. While deciding what to do next, the Trump administration has promised to enforce the deal rigorously. Several officials that back the legislation are calling on President Trump to go further than just issuing sanctions.