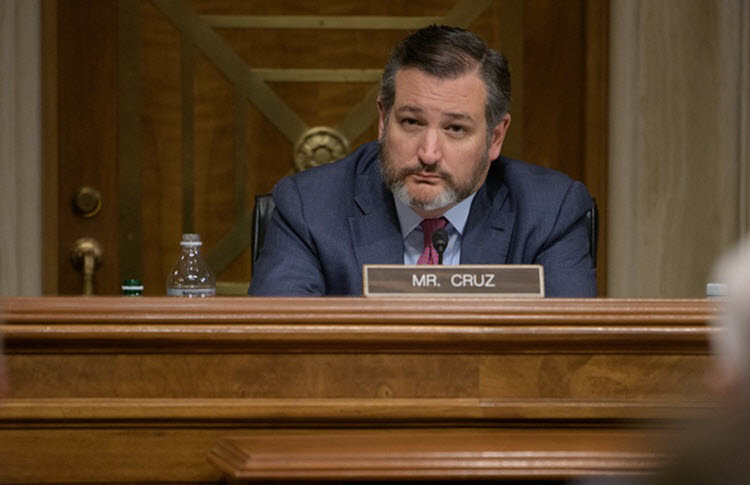 United States Senator Ted Cruz (Republican) proposed a bill on Monday to seize the hundreds of millions of dollars in frozen Iranian bank accounts and use the money to pay for the American military drone that was shot down by Iran on Thursday.

The Texas Senator’s legislation would first require the Donald Trump administration to assess the cost of the drone, which is thought to be between $120 million and $220 million.

This proposal was made public just hours after Trump signed an executive order that restricted access by Iranian Supreme Leader Ali Khamenei and senior military figures to their financial resources and blocked their access to any financial assets, including bank accounts, property, etc, under US jurisdiction.

Treasury Secretary Steve Mnuchin said that the new sanctions mean the US has “literally locked up tents and tens of billions of dollars”.

Trump planned a military strike against Iran in relation, but after finding out it would kill 150 people, decided that it was not a proportional response, hence the sanctions.

On Monday, it was revealed that the US military carried out a cyber-attack against Iran on Thursday as Trump rejected the airstrike plans.

According to Fox News, sources said that US Cyber Command launched the cyber-attack, which targeted the Iranian intelligence and radar installations that were used to down the drone.

Iran reportedly shut down some of its military radar sites around the time that the US was supposed to launch retaliatory strikes, but it is not certain whether the cyber-attack turned those radar sites off or if Iran shut them off deliberately in anticipation.

While on Saturday, the US Department for Homeland Security warned that Iran would likely increase its cyber-attacks on the US.

Christopher Krebs, the director of the Cybersecurity and Infrastructure Security Agency, said that “malicious cyber activity” was being directed at US government agencies and private companies by “Iranian regime actors and their proxies”.

AFP: France and China agreed to maintain unity on...